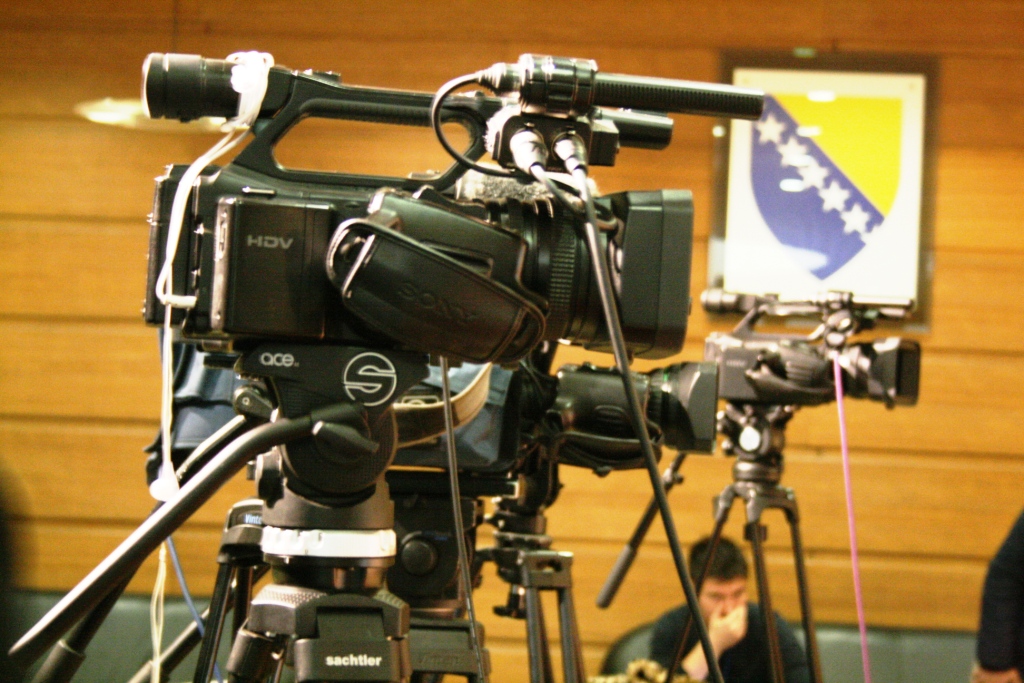 During the period of last twenty years in former Yugoslavia, media have been going through the transitional process which globally contained lack of professionalism as a common issue they have all been sharing, including low-quality level and other values, as far as the concept of media content, is concerned.

Profit has thus become a crucial reason for the existence of media houses and perhaps, the biggest problem for most media houses in the region has become the emerging of pluralism and lack of competition, so the media contents, it is almost every single media house, has been identic in all former Yugoslavia countries. Numerous data indicated that the biggest crisis of journalism, after World War II is still present and that it has particularly been outlined in Europe. Crisis devastated many media houses and its consequences have not been conditioned just by mere shutting off certain media houses, but instead, (which in this particular case is more significant), the crisis results produced the introduction and emerging of vast tabloid and commercial – based media houses.

Globalization process caused significant changes in media sphere and as most highlighted of all, it is certainly the fact that media houses have become an industry. Media programs are no longer edited for providing the general public with the common good and necessary information, at least not in the socially responsible way; their primary goal has become profit-making by all means. The nature of media contents has certainly changed and the responsibility for media deviation could be equally shared between both media entrepreneurs and the general public as well. Media entrepreneurs impose media contents and taking into consideration present state media houses are in (including profit based policies), media entrepreneurs favor engaging insufficient staff, in terms of educational level and these are mostly young people with little or no experience that during a certain period in their career, become key journalists in these media houses.

Journalists often lack educational level and by educational level we consider language and expression of culture and significant level of literacy demonstrated (including both, common and journalism literacy), journalist ethics, which should bound the use of facts, rather than promoting the politics of current governing authorities so in the end, journalism would not become a confrontational process, including conflicts and affairs as well. For some time, reasonable consumers of media contents managed to notice changes in journalism and media. The news is being transferred and posted in a rather new and unique way. The number of illustrations and photos is increasing and headlines and titles are longer, bombastic and sensational. Journalism has narrowed down to mere reporting, easy going and trivial stories, quick news and plenty of photos. Information has become a source of profit-making and its quality, in this sense, has rapidly decreased. Masses are provided with poor quality journalism based on tabloid sort of stories and we could even talk about a rather new trend, namely, the infotainment – bound between the information and entertainment.

Samples of new trends in journalism mainly include the imposing of economic pressures and profit – based motifs by the entrepreneurs so as a result, media imperative is to shock the general public, instead of providing the public with necessary information. Media houses, which should be serving and promoting public words and truths, have become, profit-making companies. Variety among media houses is decreasing on daily basis and the fact is that commercial culture introduced a completely new kind of journalism with media becoming definite public manipulators thorough its most recent kind of journalism. Indicators of media manipulating can be noticed in the following cases:

(2) The significant level of futility and superficiality and

Media used to send messages, based on their consumption policy, as primary human requirement and necessity. More than ever before, we have been hostages of sensationalism, stereotypes, bizarre contents and commercials. There are almost no media houses in our region that do not broadcast at least one reality show drafted and scheduled in such bizarre way, so that the completely anonymous people are being held in modern and luxurious houses, abandoned farms or deserted island, and those people, taking part in these programs, could eventually become instant TV stars and their popularity would last for as along the reality show itself is on or, on the other hand, their popularity would depend on their ability to survive in extraordinary conditions, but also in creating and making scandal situations. Often in these kinds of media contents, we easily notice the lack of good manners and behavior; we witness plenty of drinking, fighting, sex scenes and even encouraging promiscuity – based behavior.

All good manner values are absolutely becoming relative and in these media programs and any kind of shame are rejected, confessions become subject to irony and so-called striptease manner culture is being promoted as well. Unfortunately, media consumers have accepted the provided thrash and by doing this, they, in fact, make it obvious that measures of good taste have actually become devalued and degraded. It is also evident that media consumers are provided with absolutely every possible thing, in order to increase the audience viewership and thus eventually increase the profit. Damages that these kinds of programs cause must become subject to serious discussions. A large percentage of shows, as mentioned above, including black chronicles, criminal and violence based programs definitely make negative impact and influence on the general public.

Unfortunately, many of these shows result in devastating consequences, when persons, particularly the younger generation, deliberately and intentionally do something (mostly perform and perform certain negative actions and deeds), so they could get to media and be publically exposed. One of these cases recently happened in Croatia, when the little girl was apparently missing. While her desperate parents, the police and the entire public were looking for her, she was hiding at her friend’s houses enjoying the media attention she was getting at the time. In this context and sense, we could talk about the negative consequences that media have on (especially) younger generations. Children and youth need our help in defending themselves from poor media houses and the contents and programs they provide, since they (children and youth) find rather difficult to make a clear distinction between reality and unreal media pictures, including programs and contents they are provided with.

Tabloid biased media and continuous fight for profit-making introduced significant decline of professional standards of journalism and ethics in all regional countries. Almost every regional country in former Yugoslavia displays an ideal environment for mass public manipulation. Bad and poor state in these countries, economic problems, and uncertainty, corrupted politicians, particularly bad legal system, altogether produce acceptable and desirable area for unprofessional and unconscious journalists’ performance, as they constantly face the danger of becoming entertainers, promoters and hidden advertisers, instead of being and acting as professional journalists. Tabloid biased media houses and commercial interests represent one of the most obvious problems in the media field in this particular region. Hunt for new information has unfortunately become merchandise and in this context, media audiences have become consumers.

Media programs contain plenty of contents that encourage criminal, promote pornography, making audience passive, degrade and diminish reading, produce particular futility and superficiality, but also provide significant entertainment programs. On the other hand, the media develop intellectual skills, opinion, emotions, encourage curiosity, motivate and most importantly provide information. In this sense, media may be considered as both harmful on one hand and pragmatic on the other hand. Journalism deontology must become an imperative on one hand and media literacy on the other. Also, it is necessary to design a model in which serious media houses would be clearly separated from other subjects in the market. Such media houses would be treated as bodies whose work is biased towards general public interests, instead of being considered as merchandise. Is there anyone capable of returning serious and professional journalism back to media scene? Journalists, civil society, and the public have a crucial role here.

It is important to have the audience that would require and demand quality media program and serious and professional programs and contents. Finally, we shall quote Viktor Ivancic, former Feral Tribune editor, posted in “BH Dani”, a local weekly magazine, that, in very few sentences described present-day journalism:”Journalism has become a manufacturing entertainment trade, its purpose, goals, and rules have changed; it has become more and more superficial, optimistic and everything has been deprived of criticism (…). The act of informing itself presumes to expose of the daily reading audience to the fire of sensational news, without having any of this news being marked as some kind of priorities; instead, they have become mere constructions of media themselves. Entrepreneurs of media corporations advocate and encourage “content production” with the negation of author’s work which is not being recognized, appreciated and eventually valued and the contents itself is treated something like popcorns or chocolate; easily digested and completely dispensable. Bearing in mind that it is the quantity that is required nowadays, cheap labor is consequently engaged with average literacy level and this low literacy level with many “cheap labor” engaged journalists is already frightening and on a very low level. The entire story becomes this very cheap” (11 July 2008).

This text is a part of E-Bulletin– sixth edition of special serial of BHN online bulletin implemented through the “Media and Public Reputation” (origin. “Mediji i javni ugled”) project, also representing a contribution to public debate regarding the transparency of media ownership and upholding and encouraging the passing of set of laws aimed to advance media field and information market in BiH.