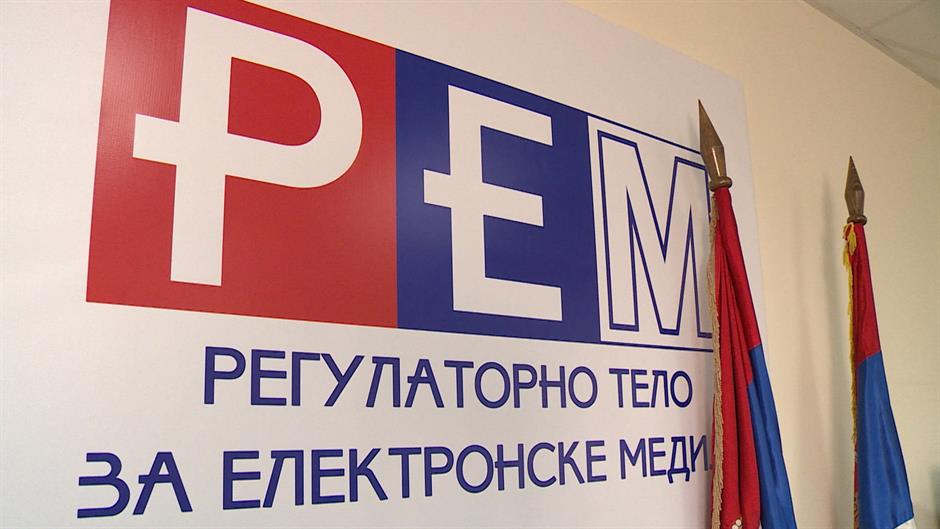 BELGRADE, 06.08.2018. – The study straightforwardly recommends “to equip REM with the power to issue financial sanctions” as well as to adopt a by-law how it uses its sanctioning powers that would gradually escalate sanctions in order to step up deterrence.

By international comparison Serbia has a very modern media law; however, our study highlights certain risks to influence the Regulatory Authority on Electronic Media (REM). We note that lacking the optimal support of the parliament (its statute, financial plan and appointments) and being side-lined by the Ministry on Culture and Information (media development strategy) can damage the functioning of the regulator. In this situation, REM appears to retreat to overly formalistic (law-abiding) activities without necessarily being effective in regulating the Serbian electronic and audio-visual media, said dr. Kristina Irion, an international expert from the Institute for Information Law in Amsterdam and head of  a research study The Independence and Functioning of the Regulatory Authority for Electronic Media in Serbia.  The study was commissioned by the Council of Europe, upon Regulatory Authority on Electronic Media request and finalised in October 2017.

IJAS:    The study states that “On the one hand, the regulator cannot impose financial sanctions which are certainly more effective than reprimands and warnings. On the other hand, REM underuses the most deterrent sanction it has, i.e. the temporary ban on programmes“. How is this situation to be solved?

The study straightforwardly recommends “equipping REM with the power to issue financial sanctions, also in relation to violations of programme content requirements, following a warning and subject to judicial review.” To REM we address the recommendation to adopt a by-law how it uses its sanctioning powers that would gradually escalate sanctions in order to step up deterrence.

SEPERATION OF NOMINATION TO REM COUNCIL

To what extent is it true that REM has limited autonomy in decision-making regarding the ways it spends its own budget and what are the consequences?

REM is currently operating according to the Financial Plan of 2015 since the financial plan submitted to the parliament has not been approved since then. The fact that REM operates on the basis of an out-dated budget plan curtails its autonomy to decide how its budget is spent. This means that a number of investments and budget reallocations between categories has not been possible, and activities therefore not been carried out. Such prevents the use of savings in for instance the category of ‘vehicles’ to spend on ‘education of staff’. Another example, we were provided with is the purchase of software licenses or updates, which can for example be used in monitoring media content. This was apparently not possible because the out-dated financial plan did not budget for this.

While the legal set-up of nomination and appointment procedure is best practice, the nomination stage has been prone to failure in practice. Some of the difficulties we observed could have to do with the complexity of the nomination stage. The first round of nominations following the 2014 Law on Electronic Media took place in 2015. Some of the organisations who together form a single nominator were not fully informed and not yet experienced in the new nominations process. Overall, the nomination procedure could be better communicated helping organisations concerned to understand what is expected from them at which stage.

We do not side whether the frequent delays and occasional interruptions of the nomination on procedural grounds are in the interest of the rule of law or constructed. What is obvious is that frequently the nomination procedure commences too late, which is why we call on the Parliamentary Committee in charge to support the independence and functioning of REM in line with the law on electronic media, namely organizing timely nominations and appointing new members to the Council. In order to avoid that one procedural mistake creates stalemate for parallel nomination and appointment procedure, every nomination and appointment should be treated as a self-standing procedure.

What is the actual meaning of the recommendation that it is necessary to “clarify the role of REM in relation to the monitoring of election campaigns“? In which way can this be done?

It seems that one of the least transparent articles of the Law on electronic media is an obligatory constitutionality and legality review of by-laws and rulebooks?

What is problematic in our view is that the law does not specify who is in charge of this review and what the legal effect of such a review is. In practice, we understand that REM obtains that opinion from the Ministry of Culture and Information.

We strongly recommend clarifying in the Law on Electronic Media that the constitutionality and legality review should be exclusively for the judiciary in line with article 13 at the end. In principle REM has in-house legal advisory capacity and any opinion by the responsible ministry on the constitutionality and legality could take the form of a legal advice to REM and should be published.

What did the study find regarding interaction between this independent regulatory body and other horizontal legislation governing the public sector in Serbia?

It has been stressed earlier that independent regulators have been fitted fairly recently in the public sector organization whereby Serbian administrative tradition and legal framework do not fully recognize their status and role. This is therefore not just an issue for REM but also for all other independent regulatory bodies in Serbia, such as data protection, telecommunication and competition just to name a few.

In connection with this, it would be also important to clarify whether there are strings attached to independent bodies being ‘entrusted’ with competences. The legal set-up between original holders of state authority and public bodies being entrusted with competences is not unambiguously clear. A note of caution is necessary because the intricacies of the public administrative law in Serbia go beyond this study’s remit, however, we want to be comprehensive in flagging possible avenues of influence on the independent media regulator that were detected during the data collection stage.

Instructive insofar are the events surrounding RATEL in 2008 where the ministry threatened to revoke all competencies from RATEL in a controversy over its allocation of a dialling code to a private operator without issuing a tender. Although such a thread was subsequently overruled, the government’s reasoning apparently did not refute the principle possibility that ‘entrusted’ powers can be revoked based on the Law on Public Administration under certain circumstances. This, however, would amount to some sort of a ‘Kill-switch’ in the hands of the genuine holders of state administrative powers that would not be compatible with the theory and practice of delegation of powers and competences to independent regulatory authorities.

What are your recommendations about these situations?

Has REM, after the study, undertook some activities regarding suggested recommendations?

We received indirect information that the REM Council discussed our study in their last meeting. We did not receive any feedback but we hope that REM can make good use of the findings and recommendation to improve its overall situation and defend itself against external influence.

This article has been produced as a part of the project Western Balkan’s Regional Platform for advocating media freedom and journalists’ safety with the financial assistance of the European Union. The contents of this article are the sole responsibility of the Independent Journalists’ Association of Serbia and its authors, and can in no circumstances be regarded as reflecting the position of the European Union.