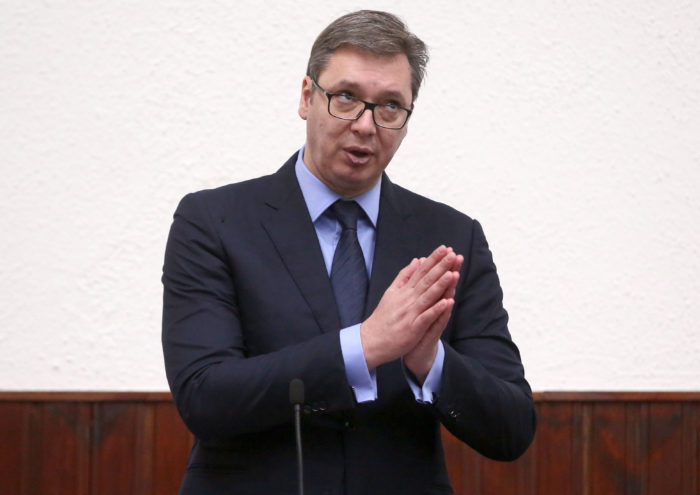 ZAGREB, 16.02.2018. – According to media reports the President of the Republic of Serbia Aleksandar Vučić during his official visit to Croatia accused Elvir Mešanović, journalist of N1 TV, for making up that he mentioned „Great Serbia“ at his speech in occupied Glina in 1995. But the truth is the journalist just reminded Vučić at his speech that actually took place – the speech was recorded and it is possible to hear what Vučić really said.

Croatian Journalists’ Association (CJA) condemns that method of Aleksandar Vučić and reminds him that being a president of the country it is his duty to answer journalists’ questions and that he has no right to consider them being insults, haranguing and making up. And what’s more – he has no right to speak untruth. By doing so a politician puts pressure on media and journalists and that is inadmissible in all civilized societies.

CJA also condemns off the record request from the Office of the President of the Republic of Croatia Ms Grabar-Kitarović to Croatian journalists not to put questions to the President Vučić about his Glina speech. RTL TV officially confirmed to CJA it actually happened to its journalist.

Any request limiting their professional freedom journalists have not only right but even duty to ignore. Question about President Vučić’s war speech in Glina is related to facing his political past and restrictions and underestimation of journalists can not help the truth nor can it help relations between two countries to be improved.
Saša Leković, CJA president for the CJA Executive Board