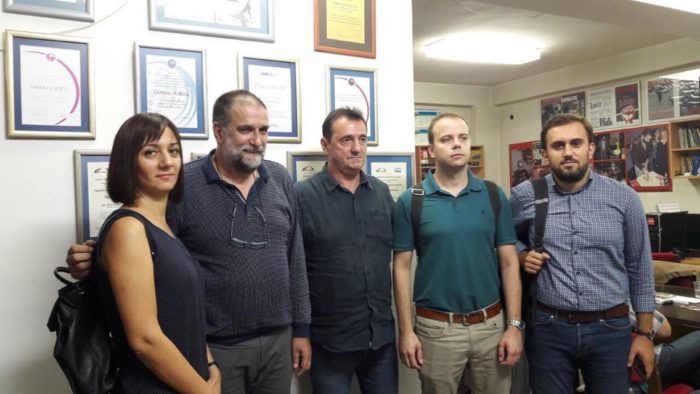 The Western Balkan’s Regional Platform for Advocating Media Freedom and Journalists’ Safety, representing more than 7800 journalists and media workers expresses its deepest concern over the pressure towards local newspaper Vranjske novine and the hunger strike of its main editor and owner Vukasin Obradovic.

After 23 years of operating and critically observing local issues in the south of Serbia, Vranjske novine closed down due to constant pressures, economic and political.

Few days ago in an Open Letter Obradovic addressed the relevant institutions and the public seeking answers about the situation of Vranjske novine: “Since its founding, the newspaper has operated in compliance with the law, transparently. There were no major oscillations in its business, all taxes were being paid, the newspaper ran under the same name and was issued by the same publisher. In previous cases of state authorities’ controls, Vranjske novine have abided by authorities’ decisions and acted according to issued recommendations.” It is unclear why a business entity with such a track record would merit intensive and disrupting financial inspections, lasting for more than two weeks this September, conducted at the premises of the newspaper.

We are demanding from the institutions to react promptly to the Letter of Obradovic, and adequately address technical questions he poses.

Two days ago a delegation of journalists from the region visited Obradovic in Vranje in order to express solidarity. While understandable in this specific context, hunger strike is not a sustainable tactic to achieve advancements in media freedom, as it is too high of a price to pay from an outstanding individual on behalf of a wider cause. The related citizens’ protest that took place on the same day in front of the Government building in Belgrade further attests the severity of the situation and sends a message to the institutions in Serbia that critical media are important for a society and that the Government ought to foster conditions in which it is possible for them to operate freely.

The Network will inform all relevant regional and European institutions about this case in order to seek their support and will continue to monitor until the issue is resolved.