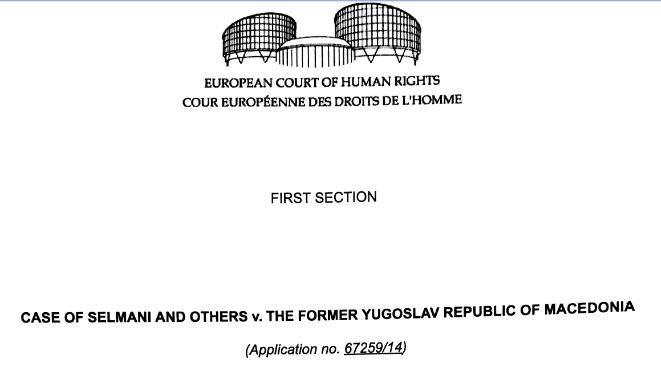 SKOPJE 09.02.2017 Association of Journalists of Macedonia welcomes the decision of the European Court of Human Rights in the case “Selmani and others against the Republic of Macedonia” related to the events of December 24, 2012 when journalists were forcibly expelled from the gallery of the Macedonian Parliament.

This judgment is the first in which the infringement of freedom of expression is violated and is very important for democracy and rule of law in the country. At the same time, the judgment is a victory of the journalistic community and has shown that justice always is worth fighting. Justice may be slow but always wins.

It contributes to create a legal culture in Macedonia and assert the principle of respect for fundamental human rights and freedoms.

This judgment is proof that the institutions in the country failed to meet its primary mission to protect and promote human rights.

All the details of the verdict will be presented at a press conference that will be held tomorrow (02.10.2017 year) at 11.00 in the Club of Journalists.