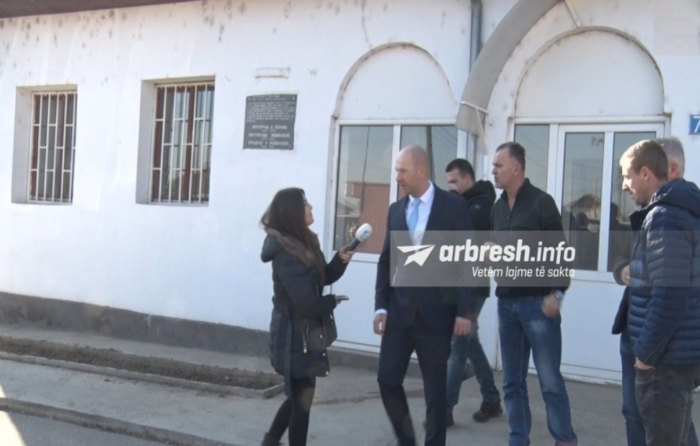 PRISTINA, 11.01.2020 – The Association of Journalists of Kosovo has received information that the arbresh.info team was physically attacked yesterday during their reporting of the visit of Kosovo Assembly Vice Chair, Slavko Simic, at the same time Vice President of the Serbian List, to the village of Prilluzha Municipality of Vushtrri.

According to reports by arbresh.info, Simic visited a secondary school and later the so-called parallel municipality of Prilluzha. The arbresh.info team was banned to be present to report about the meetings, while Serbian media were allowed to be present.

Moreover, as reported by arbresh.info journalist Elmedina Ballazhi, after her attempt to enter the second meeting, she was attacked by Simic’s personnel, striking her with the elbow in the chest and closing the door for her and the cameraman.

After two meetings, Simic again refused to declare for journalist Ballazhi. Despite these setbacks, he has denied through a written response to arbresh.info that the person who striked the journalist is part of his personnel.

“It wasn’t my personnel. Your journalists are always respected. I’m sorry for all these misunderstandings. See you in Pristina, and thank you for understanding.” wrote Simic.

The AJK strongly condemns these acts of Simic’s personnel, and we demand that they immediately distance themselves from these unacceptable acts. State officials should be transparent in their work and assist all journalists in fair and impartial reporting.