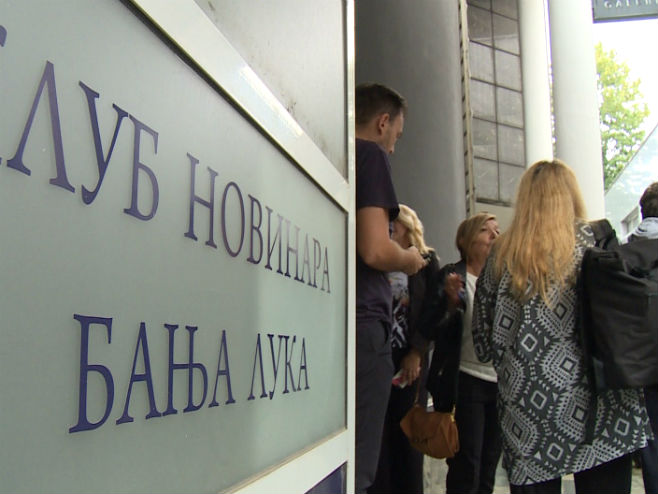 BANJA LUKA, 24.09.2018. – calls on all political entities to stop publishing media and journalists by creating an atmosphere of lynching during the pre-election campaigns at public events and to provide them with decent working conditions. This appeal was referred to the fourth meeting of the members of the BHN Club of Banja Luka Journalists, which was held today, where it was discussed about the progress of the investigation in case of attempted murder of BN TV journalist Vladimir Kovacevic on August 26 this year.

The participants noted that the police and the prosecution have not yet completed the investigation into the attempted murder of Kovačević, and there have already been three more attacks on journalists, which proves that an atmosphere was created in which journalists were labeled as targets and warned that the situation is getting worse.

After the verbal attack on a BN TV journalist at the reception of Russian Foreign Minister Sergei Lavrov and threats towards the journalist of the Direkt portal, another BN TV journalist was accused last week to be disturbing the pre election assembly by the SNSD president Milorad Dodik neighborhood where the journalist lives. As she said, she is not a SNSD sympathizer, and the reporter asked why the street was blocked all day because of that event. The BHJA Journalists club warns that, in these words, the president of the SNSD has put the journalist and her family in danger.

All these cases prove that journalists are not safe and there is a risk that the case of Vladimir Kovacevic may be repeated or something worse if there is no adequate response from the institutions and if officials do not stop to designate certain media as hostile, whether it is a government or an opposition.