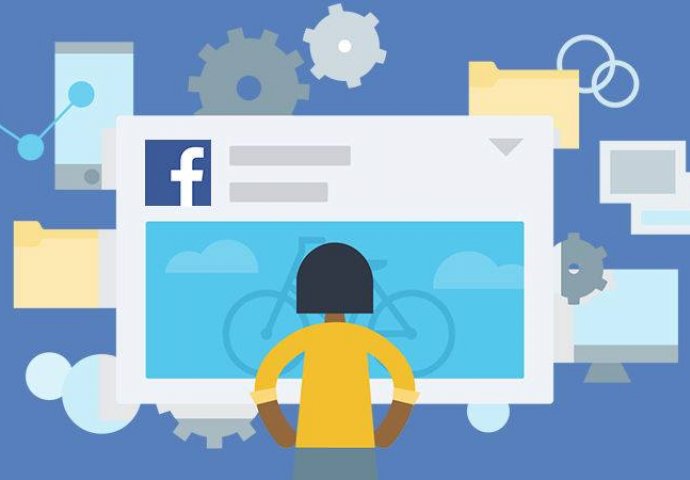 SARAJEVO, 22.10.2018.-It sounds sad, but eTrafika.net (local website), working as part of the same civil association (with the identical name), failed to reach financial stability and sustainability in order to enable proper working, even 6.5 years after they had begun with their work.

Although despite project activities, through which they may acquire and receive financial incomes, they may also improve and advance their financial stability through commercial advertisement business. However, the sale of their advertising space is almost negligible. Ever since they started operating as a local website, this website had somewhere between seven and 10 commercial clients (advertisers) only. During the period of last two years, writing of promotional texts as part of projects aimed for other organizations (that are later forwarded to other media houses) has become more and more frequent within eTrafika.

Association and eTrafika website were established with the purpose of dealing mainly with journalism, rather than making a profit, so the founders, from the very beginning, were focused more on field work and texts (articles) writing, instead of being focused on making the necessary profit required for their operational work and financial sustainability. eTrafika teams have so far experienced and managed to survive several financial crises when they were left with no money required for their work, but their subsistence derived mainly as the courtesy of their enthusiasm. Journalists and other employees in this particular media house had to find work in other media houses (in order to secure their personal existence) and during their free time, they worked for the eTrafika web site with an aim to ensure that this website would continue with its work.

It is important to emphasize that eTrafika founders had been offered to sell their web site six times so far, since its foundation. These offers came from various political parties and other legal entities, but the founders refused to sell this website, regardless of the amount of money they had been offered. Inability and incapacity of finding the person that would be in charge with this particular marketing field could be considered as the most important reason for the poor and inadequate marketing position in the market.

This person should eventually have been responsible for commercial clients as well. After two years of searching for this kind of person, the eTrafika founders realized that they had no more energy for this search and that the future of this website cannot depend on commercial subjects and their dispositions. They finally decided to focus and dedicate their work to project writing and project implementations instead. At present, project writing and project implementations represent their crucial income sources and this website somehow managed to survive, due to grants they receive from Anti-Corruption Civic Organizations’ Unified Network (ACCOUNT) in Bosnia and Herzegovina. So far, key donations came from USAID, American Embassy and SHL, while local institutions have never shown any interest for projects proposed by eTrafika teams.

Moja Herzegovina shares similar faith and destiny as eTrafika, because Moja Herzegovina also works as part of the same non – governmental organization (with the same name). Dragisa Sikimic, founder and chief – in – editor of Moja Hercegovina says that this media house, since it was established (and for almost six years), has been financed and funded primarily from project grants, making over 90% of the amount this website disposes of. “Optimal results indicate that 10% of incomes derived from commercial marketing sources and unless we benefited from personal friendship ties and lobbying, even this amount would have been impossible to attain. Namely, commercial marketing in BiH, apart from the fact that in over 90% of cases this field, has been, and still is conditioned and influenced by political lobbies, still represents small and undeveloped business field, so any further talks and hopes, that things in this specific field may improve in future, is simply a waste of time”, claimed Mr. Sikimic.

He is skeptical and afraid, as far as sustainability and survival of his website are concerned, because it is very difficult to presume with sustainable and continual financial incomes (coming through above-mentioned grants), due to the fact that without these grants, this particular media house would most certainly face great difficulties and problems. Apart from problems with getting financial grants, there is also a question of adequate implementation of projects, including the amount the donator allocates for honorary work for people involved in such projects.

“Today, apart from having difficulties with finding younger, or shall I say, more educated journalists, it is even more difficult to persuade them to stay with the media house, considering the fact that their earnings may range somewhere between BAM 500.00 – BAM 600.00 per month. The situations where we are presented with an opportunity to apply for certain financial funds and grants with donators are more and more frequent, but, on the other hand, we have not enough qualified acquaintances required to implement these projects. I believe that this problem is increasing because we live in extremely corrupted, but also conservative society, and it is indeed hard to find and engage qualified persons willing to work as professional journalists under such conditions”, he added.

The situation on the other hand, may be completely opposite to the above mentioned, because media houses may have incomes and make a profit (required for their full work and operations), from commercial activities, reckons Ranko Petrusic, the owner and editor of Banjaluka.com, local website form Banjaluka. “During the period of past two years, the ratio between self – financing through the sales of banners on our website on one hand, and project financing, on the other hand, is 100% in favor of sales. I am not concerned about our future, because we had 10 growths for the period of the last three years. I believe that it is necessary that all media houses should follow market demands and accordingly, develop and tailor their offers and strategy in conformance with market demands”, emphasized Petrusic.

This media house has been registered as limited liability company for commercial marketing activities and has (at the same time) been registered as civil association established to implement project activities, both as joint and connected legal entities. “Having in mind the fact that readers will and desire to reach media contents is minimized; instead the contents often reach them, my opinion is that journalists should not act as mere contents creators only, but they must also be familiar with the tools and machines that would make the information available.

This means that journalists must comprehend and fully understand the fundamentals of digital marketing and sales procedures, communications through social media sources, be familiar with readers’ habits, analytics etc”, he emphasized. Additional incomes may also derive from Google commercial advertising, that is, derive from Ad Sense sources as well. Although these may appear naïve they could serve as serious and reliable financial sources, regarding monthly incomes, if taken into serious consideration. For instance, the female author of this article (text) knows about the case of a young male person from BiH who owns tens of websites and whose monthly earnings reach tens of thousands of Euros, just through Google commercial advertisements sources.

However, behind this success, there is a well – developed system, including the entire team in charge with mountainous of tens of Facebook pages and groups which he uses to advertise his own websites. Journalists are simply limited with time and also limited with possibilities to dedicate their work to Google commercial advertising busi- ness, so they could only eventually hope that some readers might randomly click on some of them.

There are also Crowd-funding pages, such as Indiegogo, through which you could launch public invitation for money donations for a particular purpose. For example, once you draft and plan for the project you wish to implement, provide the explanation what exactly you need the money for and ask online users to help you out by donating one or more than one Euro. However, this principle is still not used properly in BiH, particularly by media houses.

This text is a part of E-Bulletin– seventh edition of special serial of BHN online bulletin implemented through the “Media and Public Reputation” (origin. “Mediji i javni ugled”) project, also representing a contribution to public debate regarding the transparency of media ownership and upholding and encouraging the passing of set of laws aimed to advance media field and information market in BiH.