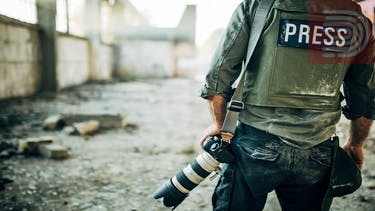 BELGRADE, 09.02.2020. – Independent Journalists’ Association of Serbia gives support to independent journalists and media in Belarus, and calls on the Belarusian authorities to stop torturing them.

Belsat journalists Catarina Andreeva and Darja Chulkova have been kept behind bars since the  15th of November. They were detained for broadcasting live a violent dispersal during a protest in Minsk. The journalists are accused of taking an active part and even leading “group actions that grossly violate public order” with the help of the live stream, which resulted in the disruption of public transport. They face up to 3 years in prison.

Belarusian Association of Journalists reminds that in 2020, the Belarusian authorities arrested journalists 477 times, 62 journalists were subjected to violence, 50 media outlets were closed and journalists spent in total 1200 days in prison.

We would like to remind that during the July demonstrations last year, upon the announcement of a lockdown, Serbia also had a problem for several days of ruthless behavior towards journalists, who did their job professionally and in the public interest. During those days, 29 attacks and threats and one arrest of journalists were recorded.

That is why colleagues from Belarus must not be lonely and rejected in this fight since many authorities around the world, in their own way, are trying to suppress freedom of speech and writing by various means.

IJAS calls on the authorities in Serbia to react to the ongoing violence against our colleagues in Belarus, and will also send an official protest to the Embassy of Belarus in our country.