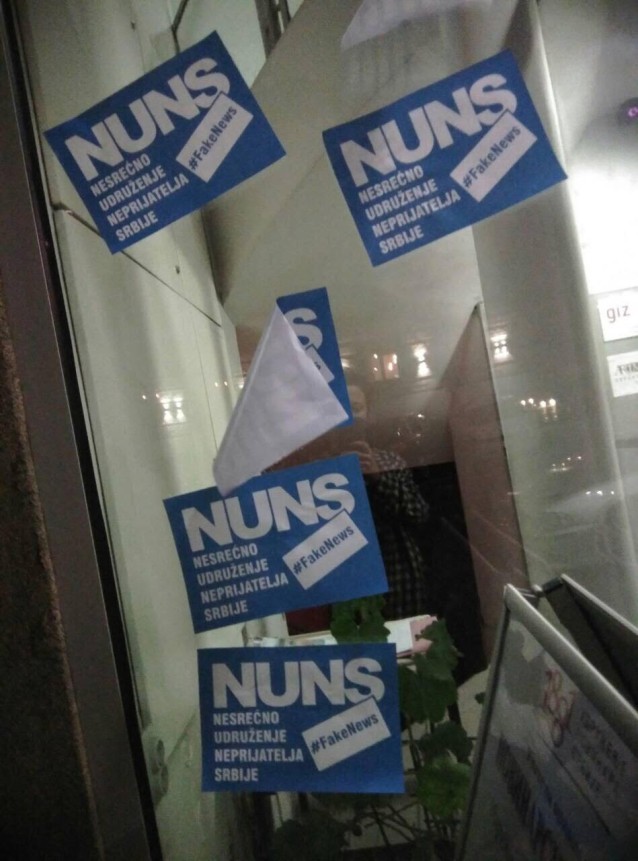 BELGRADE, 06.02.2018. – The Independent Journalists Association of Serbia is once again a target of insults and intimidation, this time with a leaflet presenting IJAS as an “Unhappy Association of Enemies of Serbia”.

On Sunday morning, colleagues from JAS reported the first incident to the police which immediately started gathering evidence. IJAS reported this dangerous campaign to the prosecutor’s office and expect of it to take all measures to discover the organizers and perpetrators.

IJAS estimates that this is a professionally organized campaign because the “verdict” to association was printed in color, on quality paper, and probably in a larger circulation, in order to distribute this shameful leaflet in other public places.

IJAS repeats its request to the highest representatives of the government headed by President Aleksandar Vucic and Prime Minister Anne Brnabic to publicly and unequivocally condemn this and other frequent threats to journalists and journalist organizations. IJAS will also inform international journalists and media organizations about this case.