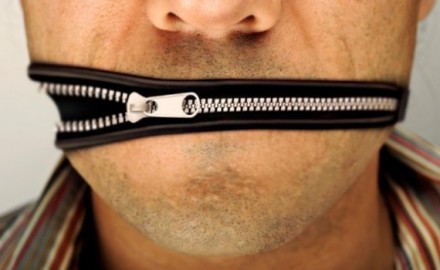 PODGORICA, 21.08.2019. – Censorship and self-censorship, fear of possible lawsuits for personal rights violations (defamation and insults), as well as pressures from different levels are just some of the problems journalists face in their daily work. However, if the current Draft Law on the Media is adopted, that list will also be added joint and several liability for the damage done, together with the founder and various levels of editors, which could further complicate the situation and increase the level of self-censorship.

In addition to the journalists themselves, numerous domestic and international organizations testify about the problems faced by the media and journalists in Montenegro. One of them is the European Commission, which in several of its reports on Montenegro highlights the problem of censorship and self-censorship, but adds that freedom of expression is limited by “a large number of defamation and insult lawsuits”.

Unfortunately, there is no information available on how many such lawsuits were filed after the defamation was decriminalized, or what kind of epilogue these cases get in court. Only the most drastic cases come to the public, when prosecutors or public officials or members of their families are involved, or when media representatives sue one another. However, the question also arises as to whether “ordinary citizens” seek compensation for this damage from the media/journalists, what are the claims and how many final judgments is there. The only available data, which was published in the Supreme Court report, shows that from the beginning of 2011 to the second half of 2017, the Montenegrin courts worked on a total of 109 cases of damages in a lawsuit against journalists/media. They were sued for more than one million and two hundred thousand euros in damages.

Regardless of who will be held accountable or who will sue the journalists/media, it is important that all members of the media community take into account reporting methods and are guided by basic professional standards that minimize the possibility of lawsuits. First of all, this refers to the basic postulate of the Journalist Code – the search for truth. So, journalists/media should not only believe what they write, but should be able to prove it. In addition, they should bear in mind “good faith” and due journalistic attention. It is also envisaged by the Draft Law on Media, which releases founders, editors for individual sections and journalists or authors of joint and several liability, if they have acted with due journalistic attention. The document states, inter alia, that journalists are required to verify the origin, truthfulness and completeness of a particular event, appearance or personality, with due journalists attention in the circumstances, before publishing.

Until data on judicial proceedings against the media and journalists for breach of honor and reputation became available, there is a need to work on two levels – raising media professionalism and reducing the number of lawsuits, through out-of-court dispute resolution and promoting self-regulation. Only in this way will freedom of expression and the media be strengthened and greater freedom of journalists will be promoted.