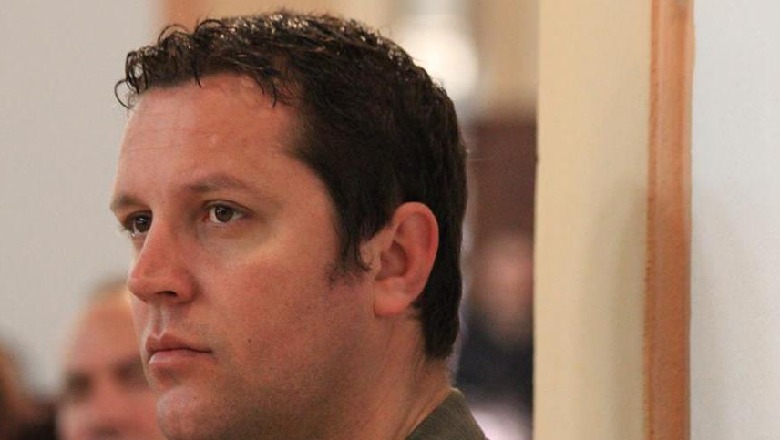 SafeJournalists Network sent a letter of concern on 12. January 2022 to Mr Bledar Cudi Minister, Ministry of the Interior, Republic of Albania and Mr Gledis Nano, Director, General Directory of State Police regarding its concern about the physical and verbal attack on journalist Simon Shkreli.

I am writing on behalf of the SafeJournalists Network, that gathers more than 8,200 members in the Western Balkans, including journalists from Albenia, we act upon violations of journalists’ rights, endangering their safety and limitation of media freedoms.

SafeJournalists Network condemns physical and verbal attack on journalist Simon Shkreli, journalist of local media outlet TV Rozafa and reporter for ABC News, a 24-hour news outlet, while he was filming state Police and RENEA (special police forces) conducting controls in the Shkodra on the 6th of January 2021.

He was walking with his 8 year old son and 4 year old daughter in his home town of Shkodra when he noticed state Police and RENEA (special police forces) conducting controls in the area. He put on his journalist badge and started filming with his smartphone. Only after about 30 seconds, one of the Police officers in civilian clothing told Shkreli to stop filming and to remove his phone. Shkreli mentioned he was a journalist, pointed to his badge and stated that he was doing his job as a journalist. Shkreli told Safe Journalists Network that the Director of Shkodra Police and the Chief of Shkodra Police Station recognized him but asked him to approach their car mentioning that RENEA forces did not know he was a journalist. Shkreli insisted he had a badge on as media staff. Then one of the RENEA Officers grabbed him and removed his media badge while using denigrating language. All this happened in front of his children who were scared, shocked and crying. The Police and RENEA forces got into their cars and left.

Shkreli told SafeJournalists Network that after the incident he informed his editor and director of information and reported the case to the Shkodra Police Director where he met with two Officers of the Internal Affairs and Complaints Services of the State Police. Shkreli also talked about the incident with the State Police spokesperson.

This was a very delicate situation especially because there were his children, and he was very concerned about the impact of this incident on his children who witnessed the entire episode.

SafeJournalists network needs to express its concern about this attack, especially because the police are the ones who should protect journalists and citizens and not attack them. We are also concerned because of the fact that lately in Albania State Police and RENEA Forces are organizing various controls in cities with noticeable organized crime activity. Reporting issues surrounding organized crime puts journalists at risk and it is supposed that the State Police and media should cooperate for increased public security.

SafeJournalists Network were asking the authorities to approach with full transparency for the internal investigation of the case and follow up regarding the specific measures to be taken against police special forces that assaulted the local journalist. Also, in a timely manner to inform us and the public about this case.

The task of journalists is to report and inform the public about matters of public interest and the Police should help. It is important that such attacks and misunderstandings of the journalist’s role in performing journalistic work be removed as soon as possible in the future, and to provide journalists undisturbed working conditions.

We look forward to hearing from you.