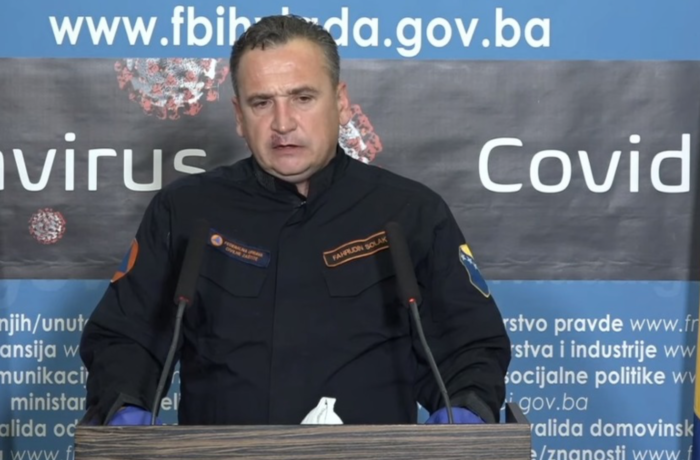 The Western Balkan’s Regional Platform for Advocating Media Freedom and Journalists’ Safety, which represents more than 8,200 members, strongly condemns political and institutional pressures against BiH media that reported about irregularities during the procurement of respirators for medical facilities due to the coronavirus virus pandemic.

On April, 29th Fahrudin Solak, director of the Federal Civil Protection Directorate, requested from the Cantonal Prosecutors Office to “promptly investigate and examine biased and false allegations”.  Solak’s request comes as media outlets in BiH published reports detailing non-transparent and extremely suspicious purchase of respirators one hundred respirators, worth 5.25 million EURO (10.5 million KM). Based on official documents, the deal was approved and signed by Solak.

– Solak’s request to the Prosecutor’s Office against journalists and the media illustrates the complete denial of the role of the media in a democratic society – said Borka Rudic, secretary general of the BH Journalists Association -It is unacceptable to criminalise journalists engaged in investigative journalism and point to possible corruption, as well as for public officials use the Covid-19 pandemic period to restrict the rights of journalists and media freedoms in BiH. We will not allow that and we will use all legal means to prevent political and judicial pressure on free journalism.

The Western Balkan’s Regional Platform for Advocating Media Freedom and Journalists’ Safety joins its member BH Journalists Association in condemnation of pressures exerted over media reporting in public interest, as well as pressures put on investigative bodies. It calls on representatives of the state at all levels to recognise the role of the media in a democratic society and refrain from exerting pressures.  At the same time, we call upon the relevant authorities, especially public prosecutors to resist such pressures and act in accordance with the law and their authority.