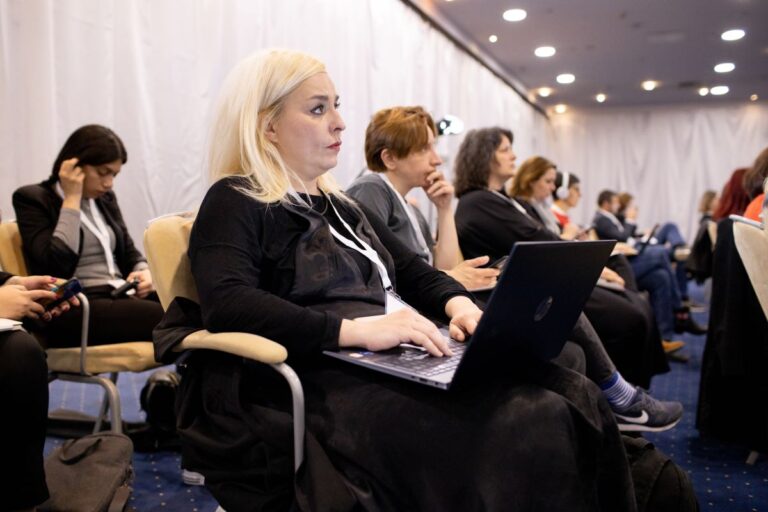 Sarajevo, April 28, 2022 – Solidarity of journalists’ associations and organizations from Croatia, Bosnia and Herzegovina, Serbia, Montenegro, North Macedonia, Kosovo and Albania, which have joined forces with the support of the European Union to establish a regional Safejournalists network with the goal to map attacks on journalists in the region and protect and improve media rights and freedoms, in the past six years has given very significant and positive results. However, the position of journalists in the region is still unfavorable in many segments and pressures on independent media and journalists are becoming more pronounced, it was pointed out during the two-day regional conference of the Safejournalists network, held in Sarajevo. 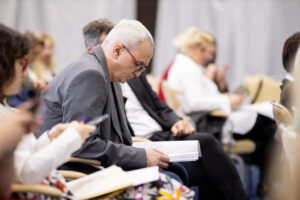 The economic, legal and physical safety of journalists is poor and getting worse, said the president of the BH Journalists Association, Marko Divković.

“One of the main reasons for that is the impunity of attacks on journalists, but also the ‘goodwill’ of the judiciary when it comes to labor rights and all other rights of journalists”, Divković said.

Deputy Minister of Human Rights and Refugees of BiH Dževad Mahmutović pointed out that when it comes to freedom of speech, there is a quality legal framework in BiH, but the practice is completely different.

“We are very worried about the number of attacks on journalists in BiH, but also in the entire region, and especially the processing of such attacks. Defamation lawsuits are a significant problem too, because all the burden of proof is shifted to the journalist. All this restricts journalists to do their job freely and to feel safe. I especially want to emphasize the attacks on female journalists – unfortunately, we had one such case in our Ministry. We have to work on that within the institutions so that these things would not happen”, said Mahmutović.

The main coordinator of the Safejournalists network, Tamara Filipović Stevanović, reminded that the Network was established in response to the need for mutual solidarity of the media community, journalists’ associations and organizations from the region, in order to more effectively protect the rights of all journalists.

“We support each other in the field, when the harshest attempts to endanger freedom of expression take place. Everything we do is aimed at finding solutions to our problems, it is not just for monitoring. Thus, in our associations, we also have free legal aid for journalists, as well as psychosocial and financial assistance”, said Filipović Stevanović.

The participants in the conference were also addressed by the president of the European Federation of Journalists (EFJ), Mogens Blicher Bjerregard. He emphasized that it is very important for journalists from all over Europe to join forces and work together in order to prevent violations of media rights and freedoms.

“The war in Ukraine, like any other war, is an information war as well. The propaganda machinery has revived today as it did in Hitler’s time. That’s why it’s very important that we support independent journalists, our colleagues who fought against propaganda and fake news in Russia, Hungary, Austria, Turkey… The authorities have always wanted to have control over the media and this is nothing new. It is up to us to join forces for the freedom and safety of all journalists”, said the president of the EFJ.

On the first day of the conference, researchers from the Safejournalists Network presented the findings of their research – Indicators on the level of media freedom and safety of journalists. The lead researcher Snežana Trpevska emphasized that the SJ network has become an important instrument of changes in the legislation related to media freedom and safety of journalists. The biggest problems remain ineffective investigations of the attacks on journalists, poor co-operation with prosecutors, slow law changes, but also political pressure on the media and the poor economic position of journalists throughout the region.

Female journalists from all over the region also spoke about their personal experiences of the attacks and threats they experienced. They emphasized that the support of their newsrooms, and then of journalists’ associations and other institutions was crucial for them in such situations. However, the journalists point out that when reporting the attack, in conversations with the police, prosecutors, lawyers, they often felt as if they had been attacked all over again.

“I made a mistake of ignoring the threats for a long time, thinking it was all harmless. Unfortunately, that mistake costed me a lot, and one day the police told me that an explosive had been planted under my car and they had to evacuate the entire neighborhood. Now I have to live with a police escort. I have no explanation as to why I persist in doing this job. I do my job hoping that the younger generations will live in a better world, that they will not have to watch the murders on the streets and other crimes that we see every day”, said Jelena Jovanović, a journalist from Montenegro. 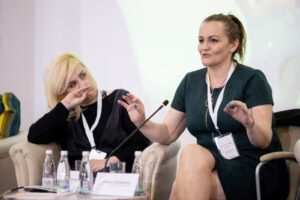 During two days, more than 60 conference participants in Sarajevo – journalists, editors, media experts, representatives of organizations from the region and the EU – also discussed the impunity of attacks on journalists and the need to change legislation, support and needs of journalists when it comes to labor rights, misinformation, censorship and self-censorship, propaganda and sensationalism in the media…