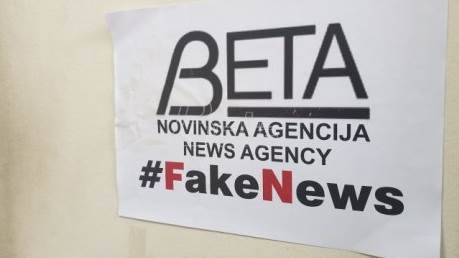 It added that as yet unidentified perpetrators put up the small-format posters on the night of Wednesday-Thursday.

Similar posters saying Danas #FakeNews and NUNS (Indepenent Journalists’ Association of Serbia) #FakeNews were put in the entrance to the building where Belgrade daily Danas has its offices.