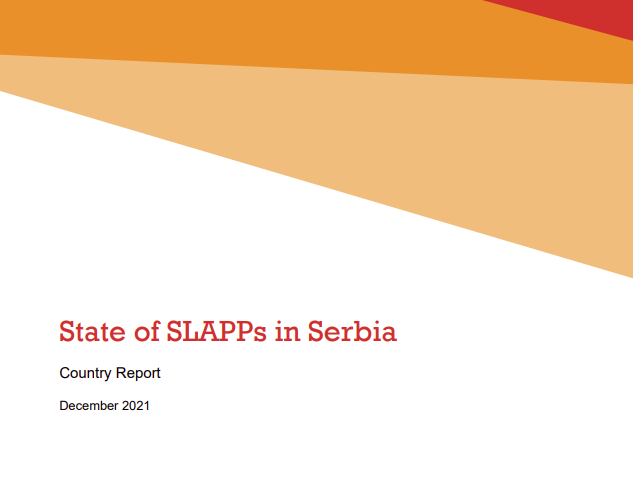 In this report, ARTICLE 19, the American Bar Association (ABA) Center for Human Rights,
and the Independent Journalists’ Association of Serbia (NUNS) examine the state of
strategic litigation against public participation (SLAPPs) in Serbia. SLAPPs are a form of
legal harassment against critical voices, pursued by powerful individuals and organisations
who seek to avoid public scrutiny. Their aim is to drain the target’s financial and
psychological resources and chill critical voices to the detriment of public participation.

Since SLAPPs are often enabled by problematic defamation laws, the report reviews in
detail how the Serbian law and judicial practice on protection of reputation complies with
international standards on freedom of expression. It also examines how these standards
are applied in practice against those who report on and criticise those in power in Serbia.