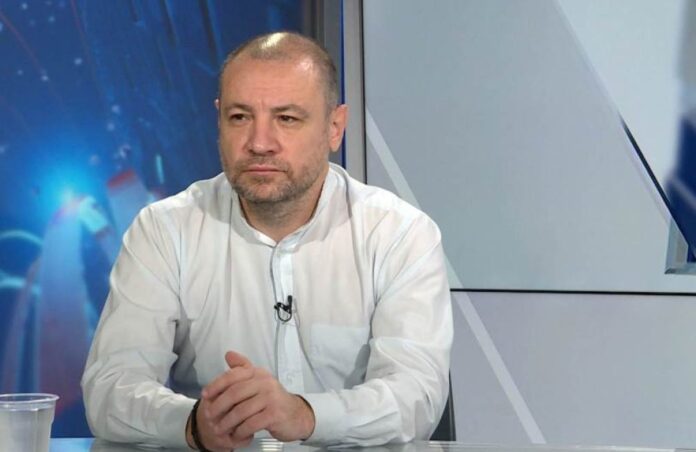 The official of the ruling Serbian Progressive Party (SNS), Vladimir Djukanovic, sent threats via Twitter to the journalist of the NIN weekly, Vuk Cvijic, after he was a guest on Nova S TV, where he spoke about the connection of the head of state with the “Jovanjica” case, when the largest illegal marijuana plantation in Europe was discovered.

Djukanović wrote on his Twitter profile: “The only thing that is clear is that you will answer for every lie you wrote and told, Cvijic. Fear in your eyes can be seen.”

Cvijic stated that he is not afraid of the threats that the official of the Serbian Progressive Party (SNS) Vladimir Djukanovic has been sending to him and other investigative journalists on Twitter lately.

He told the Beta agency that the threats he receives from SNS officials are a “signpost” for him to continue working on uncovering criminal affairs under the direction of the current government.

“When they get excited, it means I did something good,” Cvijic said.

The collegium of the weekly magazine NIN strongly condemned the threats sent by the high-ranking SNS official Vladimir Djukanovic via social networks to the NIN journalist Vuk Cvijic because of his investigative texts and public appearances, in which he presents facts about the connection of people from the top of the government to crime without compromise or restraint.

In the press release, the Collegium reminds that Djukanovic is the legal representative of Predrag Koluvija, the first accused in the “Jovanjica” affair, and the former State Secretary of the Ministry of Internal Affairs, Dijana Hrkalovic, and appeals to all competent authorities to do everything to stop unsubstantiated attacks and pressures on all professional journalists in Serbia.

The collegium of the weekly magazine NIN stands behind all articles by Vuk Cvijic published in the NIN, for which he received recognition from both the UNS and NUNS (IJAS), and encourages other journalists to continue to bravely investigate all affairs, taking into account only the truth, public interest and standards of professional journalism .

After that, Djukanovic wrote again on his Twitter account that he will continue to label independent journalists as “liars”.

Coalition for media freedom: REM has made its own existence pointless

IJAS: Find out who takes down the KoSSev website every time there is a crisis in relations between Belgrade and Pristina

Coalition for media freedom: REM’s decision is a continuation of media darkness in Serbia