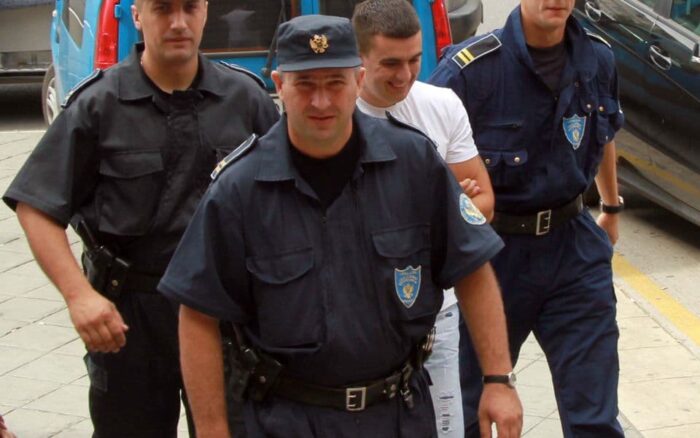 PODGORICA, 22.05.2020. – The Basic State Prosecutor’s Office in Podgorica (ODT), ordered detention for up to 72 hours to the Radoslav Gile Stanisic, suspected of being the ordering party of the “Vijesti” vehicle ignition series, “Vijesti” reports.

He was arrested in Serbia yesterday, and the local police handed him over to his Montenegrin colleagues at the Dobrakovo border crossing.

“R.S. was taken into custody due to the burning of the ‘Vijesti’ vehicle on the order of the state prosecutor in the Basic State Prosecutor’s Office in Podgorica. The state prosecutor questioned the person as a suspect. After the hearing, the state prosecutor ordered up to 72 hours of detention for the suspect of the act of causing general danger through incitement”, ODT spokeswoman, prosecutor Milica Mandić, told to “Vijesti “.

“Vijesti” recently announced that Stanišić had to organize the juvenile D.M. and S.P. – to set fire to several editorial cars of the independent daily “Vijesti” from the jail in Spuž, because he spent the whole of 2011 behind bars.

Montenegrin police announced in April that cases of ignition of the vehicle of the independent daily Vijesti from 2011 and 2014 have been illuminated and two people have been arrested.  It was reported that two arrested were directly involved in the vehicle’s ignition, and that they search for one person for suspect of incitement.

The Podgorica daily’s vehicles were targeted by vandals for a couple of times, so the firing was reported to police in July and August 2011 and February 2014. In total, five vehicles were damaged and destroyed, and no injuries were reported in these incidents.