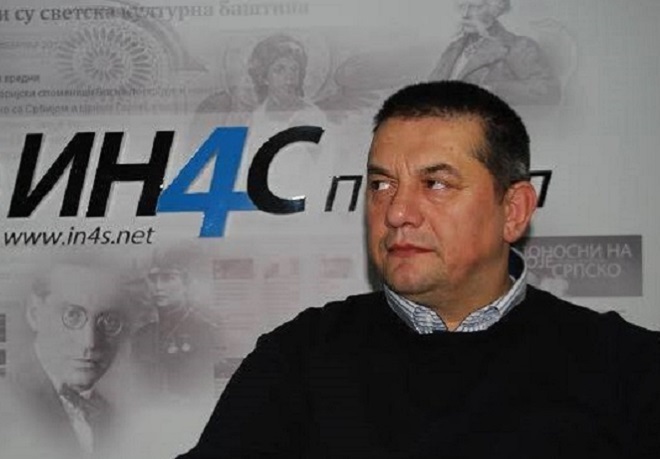 Podgorica, 13.02.2020. – The Basic Court in Podgorica ruled in favor of journalist Gojko Raičević, and the state of Montenegro will be obliged to pay him 5,000 euros in respect of non-pecuniary damage resulting from an ineffective investigation of the attack on the editor of the “IN4S”.

Raičević sued the state for 10,000 euros, as state authorities did not take all necessary action to investigate the attack from 2015.

Raicevic, in his lawsuit, sought compensation for non-pecuniary costs in the amount of 10,000 euros, plus 500 euros a month, until the perpetrator was found, but the court did not adopt that part of the lawsuit.

The verdict, signed by Judge Veljko Radovanović, was issued on February 10.
“Three years have already passed, and the State Prosecution cannot even identify state police officers, which is grotesque. Accordingly, the State Prosecution continues to seek, and the last act completely discourages any thinking person, while pointing out that the police, (un)related to the tops of the prosecutorial and state apparatus of force, have essentially become a force on their own, alienated from society, their own citizens and opposed to their people”, it is said in the lawsuit.

As further stated, an ineffective investigation in this case should not be left without harsh sanctions, as it would be a great impetus to police beaters, and an extremely bad message to the citizens of Montenegro, but also of Montenegro as a state of Europe.

“Ineffective investigations not only rapidly weaken the efficiency and never-achieved independence of the rule of law system, but also endanger the lives of people themselves”, the lawsuit states.

Editor in chief of portal IN4S, Gojko Raičević, attended the protests 24 October 2015 as a journalist, together with a ournalist/cameraman of Serbian TV. During the protest, on two occasions the policemen hit him. Raičević says that both attacks followed the recording of how the police used force against citizens. The first attack was when one of the police officers approached Raičević and hit him in the back with a baton. Photos and medical report prove the attack. There is a video footage that recorded the second attack of a police officer on Gojko Raičević with his official police baton on his right shoulder, and then with his fist in the Raičević’s jaw. A police officer has not been identified yet, but there is a record that he came out of the police vehicle license plates PG MN 234.
Council for Civil Control of Police concluded that there was an inappropriate use of force against a citizen G.R. who offered no resistance. Council has requested from the Police to publish the identity of a police officer, as well as information regarding the processing of his conduct and inform the public about it.