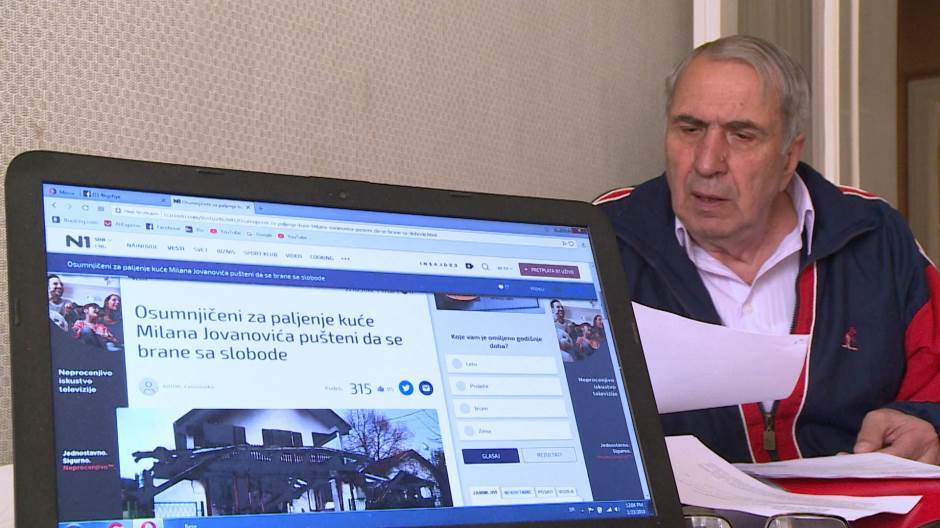 BELGRADE, 24.05. 2019.–A Belgrade court on Friday opened the trial for the arson attack on the home of a journalist in the Grocka suburb, hearing an opening statement from the prosecution but not the defence lawyer who appeared in court but could not stay claiming to have another trial at the same time.

An N1 reporter in the court said that a large number of people who said they were there to support the former Grocka municipality chief Dragoljub Simonovic who has been charged with ordering the arson and firearms attack on the home of Milan Jovanovic, a journalist with the local Zig Info portal who reported on corruption in the local administration.

An earlier hearing was postponed after Simonovic, an official of the ruling Serbian Progressive Party (SNS) at the time of the attack in mid-December, failed to appear in court. A clerk for his defence lawyer told the court that he had not received a summons.

Simonovic, who was arrested and spent 30 days in jail, has been charged along with three others for the arson attack. The prosecution is demanding the maximum penalty of eight years.

Simonovic is suing Jovanovic and his editor for emotional harm caused by their reporting.