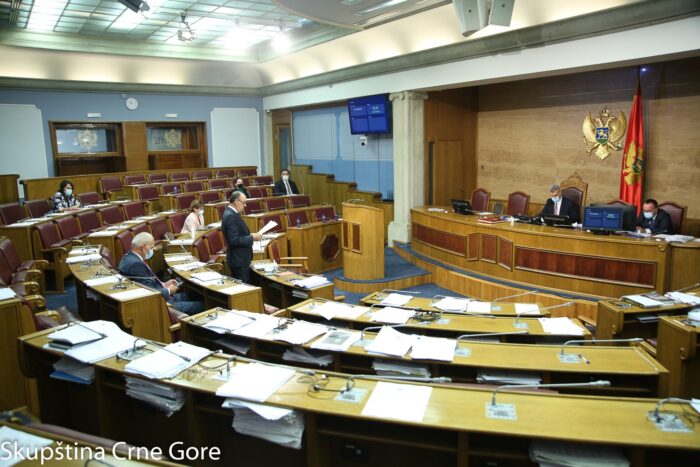 PODGORICA, 27.07.2020. – One of the key laws regulating the media area – the Media Law – is in the parliamentary procedure after almost two years.

While the proponents and representatives of the ruling majority see only positive sides in the proposed solutions, the opposition criticized the draft text, announcing the amendment action.

The Trade Union of Media of Montenegro (TUMM) participated in the public debate on this law and advocated the change of numerous solutions.

“We believe that the existing solution of the Media Law should be kept, according to which journalists are not obliged to reveal the source of information. Any restriction of this achieved right would mean narrowing the space for investigative journalism, which is in the greatest public interest. The provision that journalists in some situations are obliged to reveal the source of information would certainly reduce the number of those sources and whistleblowers in general, which would be a step backwards in the development of journalism and a democratic society”, is one of the proposals of TUMM.

Also, TUMM advocates that a journalist cannot be released, his salary reduced, his status in the office changed or raised the issue on his liability for an attitude or opinion expressed in accordance with professional standards and program rules.

“We find the justification for this proposal in Article 14 of the current Law on the National Public Broadcaster of Radio and Television of Montenegro. We believe that it is a good solution and that other journalists must have the same rights, and not only those who work in RTCG. Journalists in Montenegro are usually limited by the will of media owners and this must change. Because of that influence (even when there is no open censorship), self-censorship occurs and journalists are afraid to express their opinion because of the consequences that may follow after that”, is one of the proposals.

Also, the TUMM believes that, through amendments to the Media Law, is necessary to clearly prescribe the obligation for the founder to cover the costs of court proceedings related to journalistic work (based on respect for professional standards) and when it comes to journalistic articles made within their duties and based on the decision of the editor.

“Journalists in Montenegro are often the target of violence, threats and insults, as well as lawsuits seeking compensation for their articles. That is why they have to hire lawyers, which is a big expense, having in mind that research shows that the salary of a journalist in Montenegro is lower than the average in the country”, it is stated by TUMM.

TUMM notes that the regulations in Montenegro do not have mechanisms to protect journalists and editors from the influence of media owners and there is no obligation to sign an appropriate act by owners and journalists to ensure that owners do not interfere in the editing of media content.

“Combined with an unenviable financial position, low salaries, limited opportunities for career advancement, journalists and editors often agree to the influence of the ownership structure on the editing of media content. Also, research by the TUMM in the last three years, as well as other research, has shown that censorship and self-censorship are present in the Montenegrin media, which is a huge obstacle to increasing professional standards”, TUMM said.

Therefore, they propose solutions from the media laws of Slovenia and Croatia, which would ensure a certain level of journalistic autonomy in relation to the employer by participating in the election or dismissal of the editor-in-chief and the so-called the right to a “conscience clause” which gives editors the right, with a fair severance pay, to leave a media outlet hat has substantially changed its editorial policy.

“International journalists’ associations take these laws as the highest standards that need to be introduced into national legislation, in order to protect media integrity”, TUMM said.

Furthermore, they believe that the newly formed Fund for Encouraging Media Pluralism and Diversity, ie the state that allocates funds for that Fund, should not finance self-regulation because self-regulation is an internal matter of the media.

“We believe that it is necessary to apply the same principle as for print and online media, that the distribution of funds for electronic media is done by an independent commission”, it is proposed by the TUMM.