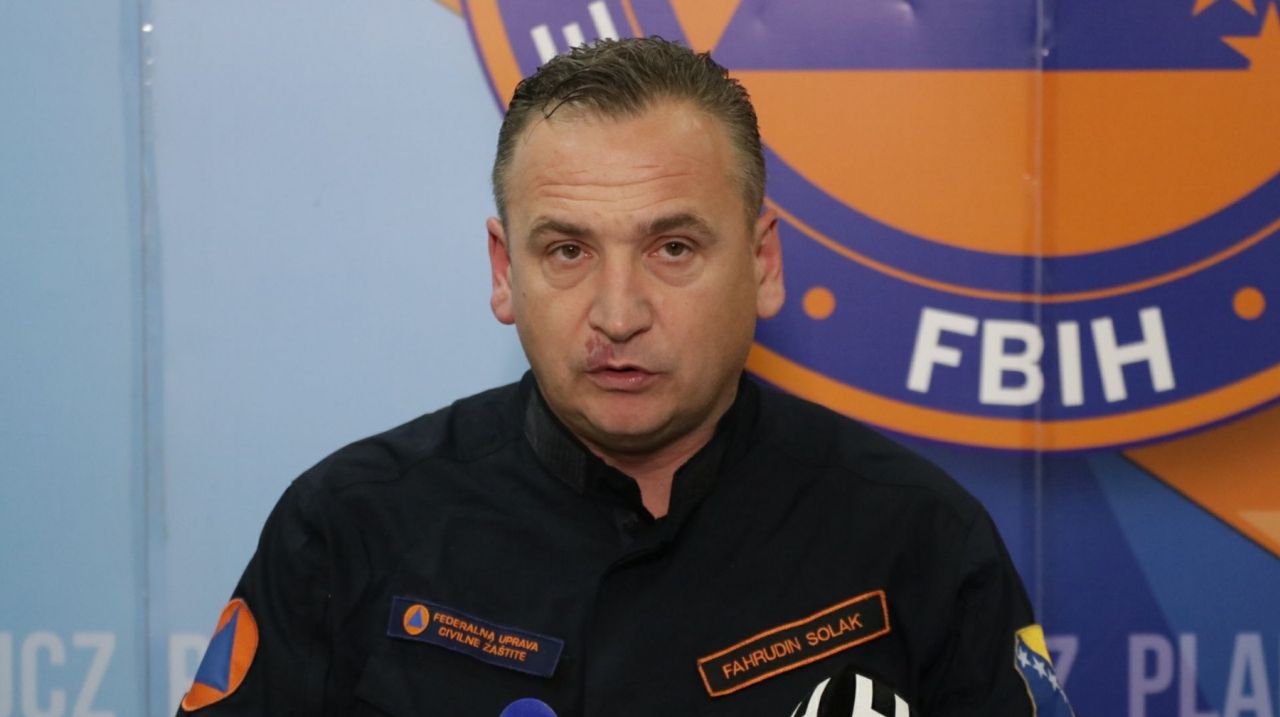 SARAJEVO, 30.04.2020. – The Steering Committee of BH Journalists Association and the Free Media Help Line send a public protest to Fahrudin Solak, director of the Federal Civil Protection Directorate, over his request to the Cantonal Prosecutor’s Office of Sarajevo Canton to urgently initiate an investigation in order to examine “biased and false allegations” in connection with the procurement of one hundred respirators, worth 10.5 million convertible marks.

In his request to the Cantonal Prosecutor’s Office, director Solak states, among other things, that “in the last few days, untrue media reports have been published against the Government of the Federation of Bosnia and Herzegovina, the Federal Civil Protection Headquarters, as well as the Government body managing the protection and rescue operations and the Federal Civil Protection Directorate as an expert service, in connection with the procurement of respirators for medical facilities due to the coronavirus virus pandemic.” Furthermore, Mr. Solak requests from the investigating authorities to “promptly investigate and examine biased and false allegations. “

After most media outlets in Bosnia and Herzegovina have been reporting in detail over the past few days about the non-transparent and extremely suspicious purchase of respirators, approved by Fahrudin Solak with his signature, he and his associates are now manipulatively trying responsibility for any illegal activities, that have yet to be determined, to transfer on journalists and media outlets?! Such actions are a brutal attack on freedom of the media and freedom of expression, and the misuse of the crisis and Covid-19 to prevent journalists from carrying out their tasks.

The BHJA Steering Committee and the Free Media Help Line strongly condemn Fahrudin Solak’s request to the Sarajevo Cantonal Prosecutor’s Office, which not only contains false accusations against journalists and the media, but vividly illustrates the complete ignorance and denial of the role of the media in a democratic society. It is shameful and unacceptable that Mr. Solak and other persons involved in the procurement of respirators try to direct the interest of the investigative organs to the media that have been reporting on the said purchase in the most responsible, professional way, and corroborated with official documents.

We emphasize that this is not the first time that representatives of the authorities, or even of the judicial authorities in BiH, have labeled, as the main “culprits” for various affairs, journalists and the media who have disclosed those affairs and made them public. This kind of a request to the Cantonal Prosecutor’s Office is not only a direct attack by representatives of federal institutions on journalists and media outlets in BiH, as well as violation of the right to freedom of expression and information of citizens, but also an attempt of unlawfully institutionalized influence and pressure on investigative bodies dealing with this case.

About all of the above, the BH Journalists and the Free Media Help Line will inform all relevant domestic and foreign organizations and institutions dealing with the protection of media rights and freedoms, as well as representatives of the international community in Bosnia and Herzegovina.