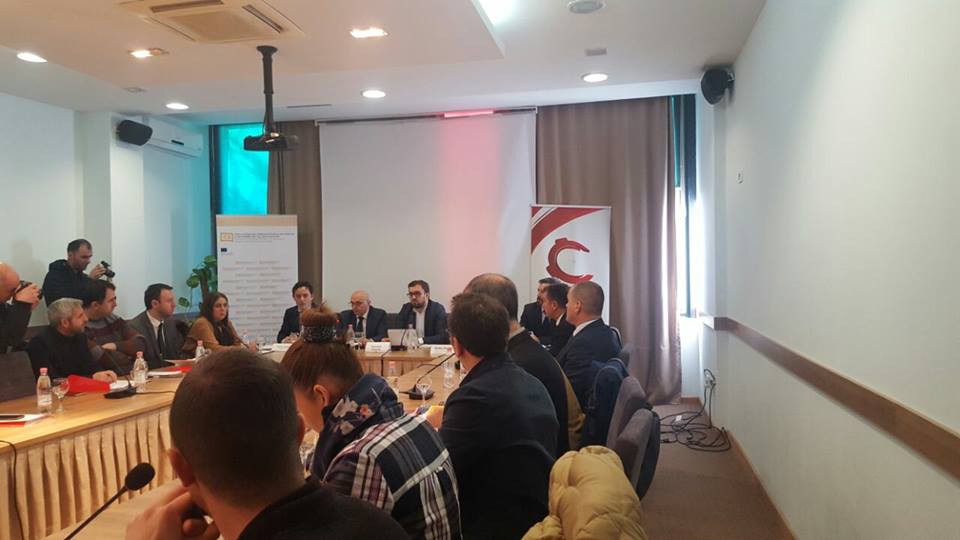 PRISTINA, 03.02.2017 – The Association of Journalists of Kosovo organized a roundtable discussion on the findings of its report “Indicators of the level of media freedom and safety of journalists”. The roundtable also discussed the recommendations issued in the report.

Prime Minister Isa Mustafa vowed to become more involved in increasing transparency. The Prime Minister stressed that “we are working on different strategies to reach the point when journalists will never remain unanswered.”

Meanwhile the chairman of AJK, Shkelqim Hysenaj asked the government to become more involved in enhancing transparency and creating adequate mechanisms to protect journalists. Hysenaj expressed journalists concern regarding the treatment of cases where journalists are victims of violence, intimidation and lynching campaigns.

Dinka Zivalj, spokesperson at European Union Office in Kosovo/ EU Special Representative praised the report and offered support to AJK. Zivalj raised another issue as a problem, the lack of online media ownership, adding that “we need to find an appropriate solution”. Kosovo’s ombudsman, Hilmi Jashari said that there is a lack of clear legal line through which it will ensure respect for the rights of journalists.

The editor-in-chief of daily newspaper Koha Ditore, Agron Bajrami has been critical in terms of transparency. Bajrami also raised concern about the impact of politics in some of the media.

Chairman of the Kosovo’s Press Council, Imer Mushkolaj said that there should be more investments in terms of media ethics. Mushkolaj added that journalist’s position is dropping because there is instability in the media field.

Deputy Director of the Kosovo Police, Naim Rexha said police handled 154 cases, out of which 17 cases remain under police investigation.  Deputy Rexha said that the remaining cases are of 2016.