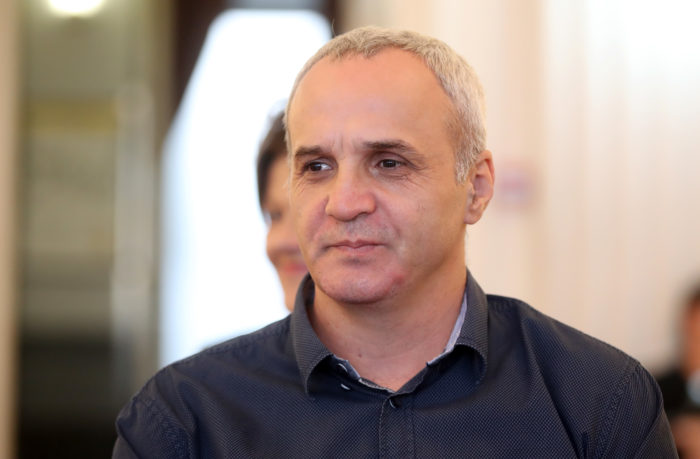 ZAGREB, 26.09.2018. – The Croatian Radiotelevision (HRT) decided to cancel the working agreement for his editor and journalist Hrvoje Zovko, who is at the same time the Croatian Journalists’ Association (CJA) president.

In the Press Release (PR) sent to media, HRT states that it has „reached the decision to cancel the working agreement with one of its employees“ not stating his name. As the reasons for the extraordinary dismissal, it stated „severe violation of General Rules on Working and Code of Practice. Violation included, as stated in the PR, insults, misconducts, inappropriate and unprofessional comments, out of place in polite and colleague-like communication. In addition, it is the that the incident happened in the official HRT room and during working hours. Explaining the grounds on which decision was made the HRT adduced its General Rules of Conduct that clearly forbids inappropriate behavior and the Istanbul Convention. HRT also distanced itself from media articles insinuating that procedure against its former employee was initiated by his alleged resignation and frequent warnings against censorships in HRT programs.

“I came to know about dismissal through media, through HRT Press Release sent to the public. Nobody informed me personally. Reasons for that drastic sanction against me are of the very different kind from those stated in that PR. I will prove in the court procedure that this decision is illegitimate and statements that exposed me to public vilification inaccurate. I want to stress that I worked at the HRT for 21 years and was never cautioned. I hold my ground regarding reasons I had written in my resignation from the position of executive editor at the HTV4 as well as in my explanation I had sent to the HRT Management after dispute I had with editor Katarina Periša Čakarun“, said Hrvoje Zovko.

Zovko also said that HRT Working Board was against firing him, but its opinion is not mandatory. „That is one more message to all who want to do their job professionally. And this is an attack on CJA, namely to all its members at the HRT“, Zovko added.