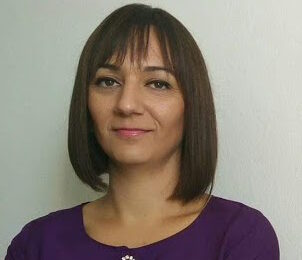 On May, 27 2020 Montenegro’s media community marks 16 years since Dusko Jovanovic, editor-in-chief of the daily Dan was assassinated. We talk to Marijana Camovic Velickovic, president of the Trade Union of Media of Montenegro (TUMM) and a member of the Commission for the monitoring of operation of competent authorities in investigating the cases of threats and violence against journalists, murders of journalists and attacks on media property about the case, the role of the Commission and failure of the state to investigate the assassination and bring to justice the executioners and those who ordered it.

SafeJournalists: The murder of Dusko Jovanovic happened 16 years ago. Only one person, Damir Mandic, was sentenced to 19 years in prison as an accomplice, but we still don’t know who ordered it, or who directly executed this crime.

Marijana Camovic Velickovic: The problem of impunity for attacks on journalists is most drastic and most obvious in the case of Dusko Jovanovic. Jovanovic was assassinated in 2004. It is interesting to note that this year marked a beginning of a series of more or less frequent attacks on journalists – the most significant remain unresolved. Since its establishment in 2013, Trade Union of Media of Montenegro continuously emphasised the importance of resolving the murder of Dusko Jovanovic, not only for the journalistic community and judicial bodies, but to a society as whole. Additionally, we can say that this case is almost a stone around Montenegro’s neck on its way to the European Union.

SJ: There were many comments about the state’s failure to act responsible in this case. How do you comment omissions in the investigation and lack of accountability?

MVC: Numerous opportunities to solve this case were deliberately or accidentally missed. Apart from the accomplice in the murder who was sentenced to 19 years in prison, no one was punished. The trial itself did not bring any new or important details that could lead to identifying anyone else in the chain of committing this crime. Back in 2014 in cooperation with the International Federation of Journalists and the European Federation of Journalists, TUMM asked for the case of Dusko Jovanovic assassination be put on the Council of Europe’s Platform to promote the protection of journalism and safety of journalists. This Platform collects data on attacks on journalists in 47 countries across Europe. We also requested an independent investigation into this case because it has been clear that Montenegro is not able to implement it.

SF: You are a member of a special Commission for the monitoring of operation of competent authorities in investigating the cases of threats and violence against journalists, murders of journalists and attacks on media propertyestablished in 2014 by the Government. Its mandate is to provide a comprehensive opinion on shortcomings in these investigations and manner in which they could have been improved based on the overview of investigations recognised as high-priority ones. How did it deal with this case?

MVC: The Commission, now in its second mandate, has repeatedly requested of the Government to secure expert assistance. More concretely, we asked for assistance of professionals from the FBI or similar institutions that could provide additional, more detailed insight into look into this case and note omissions that had occurred during investigation. The Decision that established the Commission provides us with an option to request such actin. We used the opportunity and addressed the Government and the Ministry of the Interior officially. The Commission requested this in our last report, but as far as I know we only received verbal promises. So far, such cooperation with expert institutions did not realise.

SJ: MINA news agency reported that the Prime Minister Dusko Markovic, commenting the anniversary of the Jovanovic assassination, said that expert police and prosecutor assistance of the most developed countries will be sought to solve this case.

MCV: Yesterday’s statement by the PM Markovic is encouraging, but just a little: we have witnessed many times before that, when marking anniversaries of such and similar crimes, once a year, promises are made and often forgotten. We are yet to see if this statement serves only to create an illusion that the state is doing something or it will finally start doing it. My impression is that, unfortunately, the case of Jovanovic’s murder will not be fully solved. This is why it is of utmost importance to identify and hold accountable those who are responsible for the failures in the investigation. In September 2019, Veselin Veljovic, Police Director stated that the failure is due to fatigue of the prosecutorsv who had been assigned to the case in the middle of the night. Such statement about any crime is scandalous, let alone in case of assassination of a journalist.

On the evening of 27 May 2004, journalist Dusko Jovanovic, editor-in-chief of the opposition daily Dan in Montenegro, was shot dead while he was leaving his office in Podgorica. Unidentified individuals shot him in the head and chest with an automatic rifle as he was entering his car just after midnight. The daily newspaper Dan was closely tied the former Yugoslav president Slobodan Milosevic throughout the 1990s. Before the killing, the newspaper has faced numerous lawsuits for criticizing Prime Minister Milo Djukanovic.

Both Dan and Jovanovic’s family reported that the editor had received numerous death threats, and the newspaper’s office in Podgorica was set on fire in April 2003. The editor’s wife, Slavica Jovanovic, testified before the court that the head of Montenegro’s State Security Service, Dusko Markovic, had called her husband and threatened to kill him in April 2003, according to Dan.

On June 9 2004, police arrested Damir Mandic, a local organised crime figure. In October 2004, prosecutors charged Mandic with murder, citing evidence linking him to the vehicle used in the crime. While the indictment did not clarify the reason for the murder, the only motive discussed in the local press has been Jovanovic’s work for Dan exposing government abuses.

In April 2009, Mandic was sentenced to 30 years in prison for being an accomplice in Jovanovic’s murder. The lawyer representing the Jovanovic family and Dan staff has criticised the police investigation for failing to identify Mandic’s accomplices; not identifying who ordered the killing; and not investigating possible links between Mandic and Montenegrin government authorities.

On 28 May 2018, the Trade Union of Media of Montenegro issued a statement demanding “to secure the conditions for carrying out an independent investigation of the assassination of Dusko Jovanovic” in order to “find and arrest the perpetrators and masterminds of the gravest violation against journalists in the history of Montenegro”