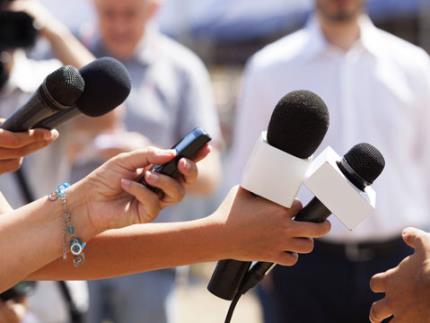 PRISTINA, 30.11.2018 – Physical attacks and threats towards the Kosovan journalists have become frequent. These instances are not a major priority for the justice institutions, whilst the few verdicts that have been reached in the court towards the threats have only been fines of 300 – 500 euros. In such a situation, it is necessary for the legislation that defends journalists to be reviewed.

The attacks towards journalists in Kosovo have increased in the recent years. The threats but also the promoters of these threats are mainly politicians, businessmen and other groups of common interests. The inefficiency of the system of justice is contributing to the rise of this trend.

Serbeze Haxhiaj, who has been working as a journalist for 20 years, is amongst the journalists who have been threatened the most in Kosovo.  She has been investigating on various topics and consequently has been threatened multiple times with the purpose of intimidating her and compelling her to abandon the investigative journalism she was conducting.

The journalist Haxhiaj says that she cannot remember the number of the threats she received in the entirety of her career, whilst she has only reported the last five ones to the police. She declares that these threats have had an impact on her work and have made her feel insecure for she had to always be prepared for any upcoming risk.

“Nevertheless, I do not think that these threats have inhibited my commitment to work on topics that are classified as rather sensitive in the journalism environment in Kosovo.” – says Haxhiaj.

She highlights that in such instances, the journalists’ insecurity affects his/her family as well. Haxhiaj says that her son has not felt right about the idea that his mother has been working in an insecure and threatening environment. In one instance, her son has also been a subject of insecurity and as a result, he had to be accompanied to go to school.

“I see that this has had a negative impact on him for he is often times frightened that I might not be in a secured place.” – declares Haxhiaj.

She adds that she did not have a good experience with the police in regards to the way they treated her threat reports. The journalist Haxhiaj says that in some cases the investigations have professionally been conducted by the police, but there have also been cases of abuse by the policemen who have intervened to change the facts upon the case.

She is currently waiting the epilogue of the police investigations related to the case when her car had been painted with a red color twice during the month of March of this year. As far as she is concerned, some things have been cleared out that will result towards the solving of this case.

“I want to believe that the epilogue will be righteous.” – says Haxhiaj.

With regard to this matter, the Information Office at the Police of Kosovo declared that investigations have been conducted but they have failed to come up with any suspect or witness, whereas the location where the car had been scratched twice does not possess any security camera.

The police have processed the case to the prosecutor but this has only happened the day they have replied to us after noticing our interest shown upon this case. The questions for this case have been addressed to the Information Office of the Police of Kosovo on November 19th, 2018.

“Due to the inability to identify a suspect, the investigator of the case has converted the pro forma to an actual case and on the 27th of November, 2018, this case has been processed to the prosecutor against N.N. persons.” – is stated on the reply of the Information Office at the Police of Kosovo.

The working place often appears to be a threat for journalists

According to the investigative report “The Media’s Indicators 2015” which is based on the journalists’ perspective upon freedom and conditions of media in Kosovo, journalists declare that the environment where they work is a threat to them and improper response is provided by the police to defend them. Within the framework of this investigation, 175 journalists have been interviewed. The ethnicity of the respondents based on the selected sample has consisted of 81% Albanians, 14% Serbians and the other minorities have been represented by 5%.

Meanwhile, the data obtained from the Association of Journalists of Kosovo shows that apart from physical attacks and threats, in the recent years there have also been attacks towards the journalists’ property and the media.

The number of physical assaults and threats towards journalists through years

Flutura Kusari, legalist on the media’s scope, says that one of the most frequent reasoning of the Prosecutor and the Police in regards to why they do not take action on finding the threats of journalists is that the journalists do not report these cases.

She says that the issue is not a journalist who does not report, but rather the Prosecutor towards whom journalists have lost their trust. Kusari says that even for the cases that have been reported, the investigations have not been rightly conducted.

“On the first aspect, the conviction among the society would spread as one will be condemned higher if one threats a journalist. On the second aspect, it can be observed that cases that have to do with journalists are hard to be classified for they fall in the same category as other cases.” – says Kusari.

She says that the matter of statistics is quite problematic not only in Kosovo but in the entire Balkan region, so this would aid on the aspect of classifying the acts towards journalists.

Kusari says that due to the recent increased number of threats towards journalists, it is exceedingly necessary for the legislation that defends journalists to be reviewed.

According to her, it is possible that the Police and the Prosecutor are not trained to handle the cases of journalists and this element on her view is extremely important for it determines the results of the investigations entirely.

“This is certainly related to the criminal prosecutions which ideally would result to a verdict. Now, here’s the other problem with the courts.” – says Kusari.

She says that even in the very few verdicts that have been reached on the cases of threats towards journalists, the suspects have only been sentenced with fines up to 500 euros.

“This provides a poor example in the society on the idea of what happens to the people who threat journalists.” – says Kusari.

Petrit Çollaku, director of the Association of Journalists of Kosovo (AJK) says that the Police and the State’s Prosecution have improved their mechanism on defending journalists. He says that the Basic Court of Prishtina has undertaken an important step with appointing a coordinator that will treat the cases of journalists on criminal and civil matters.

Nevertheless, AJK requires from all these three institutions to be more efficient in order for the link of this chain to work properly, declares Çollaku.

“We have an instance where an indictment towards an official who had threatened a journalist has reached the date of its prescription.” – says Çollaku.

He says that the Police should expand its investigations with the purpose of uncovering who the organizers or the promoters of the assaults towards journalists are.

“Both of the journalists have recieved death threats by the two aforementioned persons.” – says Çollaku.

He says that during this year, the Kosovo Courts have treated some cases that include journalists and the media. Lately, the Basic Court of Mitrovica, branch in Vushtrri, has sentenced two people to jail for a physical attack towards a journalist in 2016.

Çollaku says that in the beginning of the year, the Basic Court of Peja has reached a verdict on favor of a journalist who has been a victim of a degrading campaign by a private company. Whereas, the company has been punished with 15.000 euros as a compensation towards the journalist.

According to the data of the Association of Journalists of Kosovo, the Basic Court of Prishtina has treated some civil cases whereas it has rejected three accusations for slander towards media. This court has also reached a verdict in favor of a non-governmental organization in regards to the access on public documents.