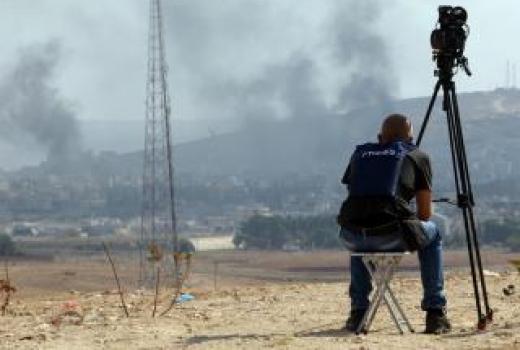 GENEVA, 18.12.2017. – For the first time since 2008 the PEC has registered less than 100 fatalities among media workers worldwide. Since the beginning of 2017 97 journalists were killed in 28 countries, a reduction of 24 percent in media casualties, said Monday the Press Emblem Campaign (PEC) in its annual report.

PEC Secretary-General Blaise Lempen stressed that this reduction is encouraging. It is due to the important mobilisation including all the measures taken by the international community be it resolutions of UN member states, the UNESCO plan of action, the work of the NGOs, measures undertaken at the national level for combatting impunity, which all combined started to bear fruit. Lempen hopes that this momentum continues in 2018.

However, the toll is still too high. The situation has deteriorated this year in Mexico, Iraq, India, Afghanistan. Compared to last year improvements were witnessed in Syria, Guatemala and Brazil.

The most dangerous countries

Mexico shows the highest tally of 14 journalists killed since January, Iraq 9, Afghanistan 8, then 7 in each of India and Pakistan. Those five countries represent close to half of those killed : 45.

The Philippines and Syria follow in rank with 6 killed in each country, then 5 journalists were killed in Somalia, and 4 in Honduras.

Accidents (suicide-bombings, explosive devices, crossfire) were responsible for the deaths of one-third of the victims, while two-thirds were deliberately targeted.

The number of women journalists killed has risen sharply: from 5 in 2016 to 16 in 2017, probably because more women are working in dangerous situations.

The PEC rejoices at the progress for the mobilisation of the international community with the unanimous adoption of UN resolutions dealing with the safety of journalists calling upon States to be engaged in a way that would be followed by concrete measures.

The PEC hails the adoption in November by the International Federation of Journalists (IFJ) the leading media organisation worldwide of a draft convention for strengthening the protection of journalists.

PEC President Hedayat Abdel Nabi said on this occassion that a great opportunity is ahead of the media community to write history, ten years after the PEC launched its draft Convention for the Protection of Journalists. Today we rejoice that the IFJ moved in the same direction, hopefully for the Convention to be adopted in 2018 and not in 2028, when adopted it will be a breaking news and a great comfort to many journalists working in the field as well as for freelancers,