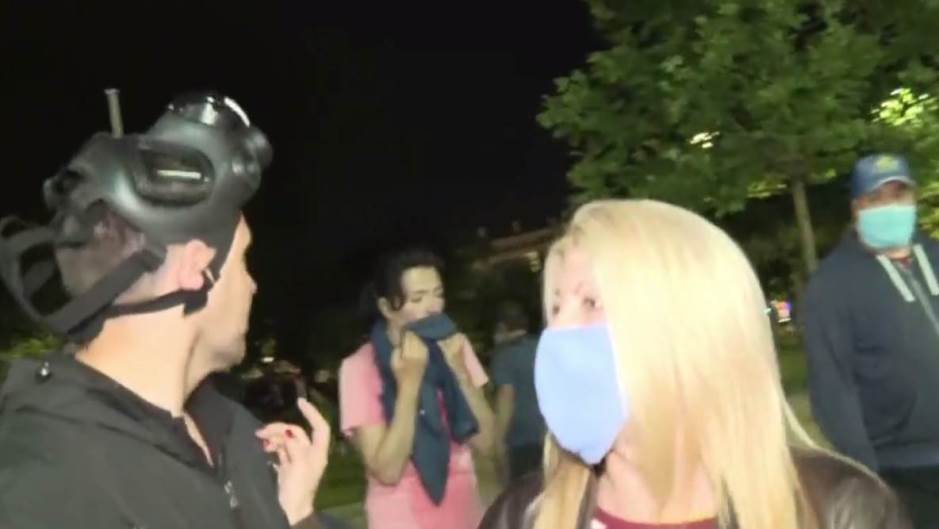 N1’s Jelena Zoric said that two police officers tried to push the crew away to stop them from recording the police brutality incident. Zoric said the police were in plain clothes and wearing face masks.

The young man was hit several times before the police handcuffed him and led him away.

In a separate incident also recorded by N1, several police officers in riot gear beat up three young men sitting on a bench in front of the presidency building.