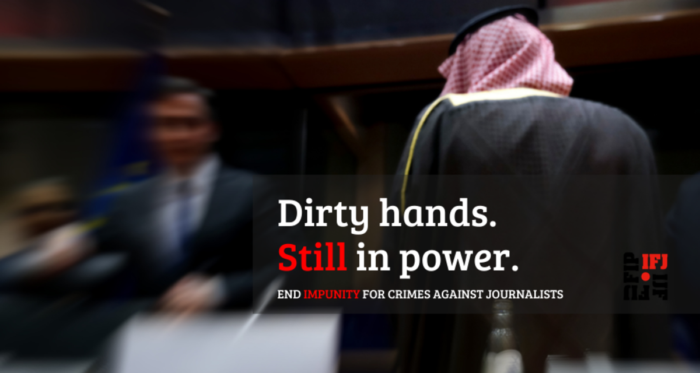 Until all murders, physical attacks and death threats against journalists are resolved and sanctioned, November 2 will be a reminder of high prices paid by journalists who work in the interest of the citizens.

In recognition of the far-reaching consequences of impunity, especially of crimes against journalists, in 2013 the United Nations General Assembly proclaimed 2 November as the ‘International Day to End Impunity for Crimes against Journalists’.

Seven years on, the Western Balkans sees no real development into investigations of journalists that were murdered or targeted decades ago.

While in Bosnia and Herzegovina in the case of attempted murder of Vladimir Jovanovic, a person was convicted in court, in other countries of the region many cases remain unsolved. In Montenegro an accomplice has been convicted for the murder of Dusko Jovanovic (2004), but those who gave the order and organised it remain unknown. In the case of the shooting of Olivera Lakic, after initial information that the person who shot at Lakic had been identified in 2019, the authorities fell silent and no progress in investigation was made.

In Serbia murders of Radislava Vujasinovic (1994), and Milan Pantic (2001) are still in pre-investigative stages, while the Slavko Curuvija (1999) trial is nearing its end. Investigation into an assassination attempt on the late Dejan Anastasijevic in 2007 gave no results and the trial for arson attack on Milan Jovanovic (2018) is still ongoing.

Although in 2017 Kosovo’s Head-Prosecutor named a prosecutor-coordinator to follow the leads on the four cases of missing journalists and twelve cases of murdered ones, those have not been solved yet.

In North Macedonia the number of attacks against journalists compared to 2019 has triple folded (from 4 to 14) and more than half were against female journalist.

The messages by the institutions are far from encouraging: since 2014 SafeJournalists Network recorded 774 incidents: 43 in Montenegro, 64 in Croatia, 72 in North Macedonia, 128 in Kosovo, 171 in Bosnia and Herzegovina and 296 in Serbia. Many of these cases still remain unresolved. Investigations into 14 attacks on 19 reporters and journalists by the police and citizens during the protests in Serbia, out of which 6 had to be hospitalised are slowly moving forward – one case is resolved and 9 cases are under prosecutor investigation.

SafeJournalists Network reminds the citizens of the region that journalists are at risk for delivering the information of public interest to them and urges them to stand up against it. The state institutions such as the public prosecutors and the police must take attacks on journalists seriously, investigate them and bring perpetrators to justice. By doing so they will confirm their dedication to freedom of media. Lingering, reluctance and refusal to raise charges ex officio, in combination with verbal attacks by high officials, smear campaigns in the media and different types of pressures, result in a hostile environment that further endangers journalists.