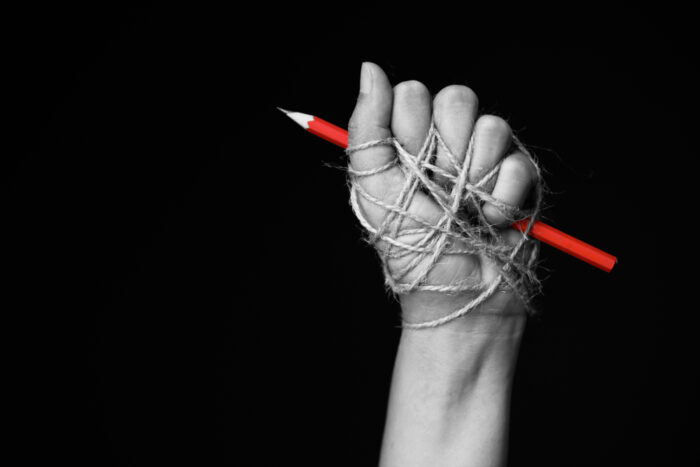 SafeJournalists network voices the strongest support to Belarus journalists and joins the European Federation of Journalists calls for action against those responsible for the repression against them.

According to the monitoring of the Belarusian Association of Journalists (BAJ) since the beginning of the year there were 193 serious violations of journalists’ rights in Belarus including detentions, arrests, fines and beatings. Majority of incidents took place after election day on Sunday, August 9.

– All attacks against our colleagues in Belarus must cease immediately, said Zeljko Bodrozic, president of the Independent Journalists Association of Serbia. Speaking on behalf of the Western Balkan journalists’ organisations Bodrozic added – Unfortunately, we recognise the atmosphere that led to reporters being physically attacked, stripped of their journalist ID, had their equipment destroyed, even shot at with rubber bullets. It is not acceptable: The Belarus authorities must end reprisals against journalists and allow free flow of information.

SafeJournalists Network, representing more than 8,200 media professionals in the Western Balkans stands in solidarity with Belarus journalists and BAJ. We are in particular worried to see how quickly the situation worsened: months prior to elections a large number of journalists suffered harassment by the state, got arrested and detained. Since the election day 80 of our colleagues have been detained, some brutally beaten, majority of international reports evicted and most of the internet connections severed. We call upon all relevant international institutions to act and demand an end to violations of journalists’ professional and human rights, endangering their safety and restrictions of their freedom of movement. They must be allowed to inform the Belarus citizens about the unfolding events in their country.

We remind all that each attack on journalists is an attack on public interest, democracy and rights of all citizens.