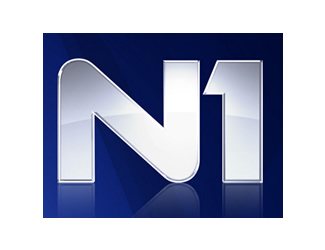 The Western Balkan’s Regional Platform for Advocating Media Freedom and Journalists’ Safety, representing more than 7800 members, strongly condemns calls for violence and hate speech from the portal Bosanjaci.net directed towards Adisa Imamović, journalist and reporter from N1 TV and Amir Zukić, local program editor and manager from N1 TV, published on the Facebook page BOSNJACI, whose founder is the portal Bosnjaci.net.

After publishing news about a boy crying and asking for food at an organized iftar at Konjevic Polje ( a small town in the East part of BiH), calls for endangering the safety of the N1 Television Workers’ and destruction of property including hate speech on a national and religious basis followed up.

As stated in the complaint: “By direct and indirect threats they called their readers and followers for lynch of N1 employees, induced religious and national hatred and intolerance, harshly breaking thereby the standards of professional behavior in publishing the news.”

Still, after the indictment was filed, the Facebook page BOSNJACI continued spreading hate speech and verbally attacking colleagues from N1.

The Platform will send letters of concern to all relevant authorities in Bosnia and Herzegovina requesting of them to prevent any form of violence against journalists, to urgently and thoroughly investigate all facts about this and other cases  of violations. By doing so they will send a strong message to the public that such behavior is not acceptable. Also, The Platform will report the case to the Platform to promote the protection of journalism and safety of journalists.

Attacking journalists is a direct attack on freedom of expression and the right of citizens to be informed.

In 2017, there were 24 cases of journalists under attack reported in BiH.