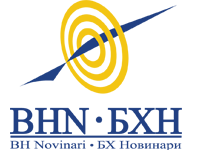 Sarajevo, 19th January – The Steering Committee of the BH Journalists Association (BHJA) and Free Media Help Line (FMHL) publicly demand from the President of Republika Srpska (RS), Milorad Dodik, and officials of his Office to ensure journalists requirements for unhindered and dignified work, and allow reporting of activities of the President of RS on an equal, fair and professional manner to  all media in BiH. Discriminatory practices against certain media, prohibition of entry to the Palace of the RS, and the withholding of accreditations for journalists are illegal restrictions on the freedom of expression, and are a violation of free and unimpeded access to public events and information to public interest.

The BHJA Steering Committee considers the prevention of the N1 Television to cover Presidents’ Dodik press conference held in Banjaluka on January 18, to be primitive and undemocratic. The given verbal explanation for this act was that the N1 TV crew was “not accredited to enter the Palace of RS”. Further, the N1 TV address was removed from the mailing list of the  Republika Srpska President´s Office. Thus, that media outlet is deprived of all official invitations, notices and announcements related to the work of Milorad Dodik. That kind of behavior from the President of RS and his staff is a blatant example of political retribution and unacceptable discrimination of the media, whose journalists report on the activities and decisions of the President of the RS in a critical manner.

Of particular concern is that N1 TV is not the only media house in BiH whose journalists are prohibited to follow events at the Palace of RS. Correspondent of Beta news agency Ljiljana Kovacevic is not allowed to entry on events whos actor is Milorad Dodik, as well as BN Television from Bijeljina doesn´t have official accreditation to enter in Palace of RS since 2014. The prohibition and discrimination by Cabinet of President is directed toward media which relentlessly report critically on Milorad Dodik, as a public figure and one of the main actors on the political scene of Bosnia and Herzegovina. Therefore, the legal team of FMHL is considering the possibility of launching legal sanction to the President of the Republika Srpska for targeted and long-term discriminatory practices against certain media, as well as due to freedom of expression violation and disabling of free access to public events and public information.

The members of BHJA Steering Committee