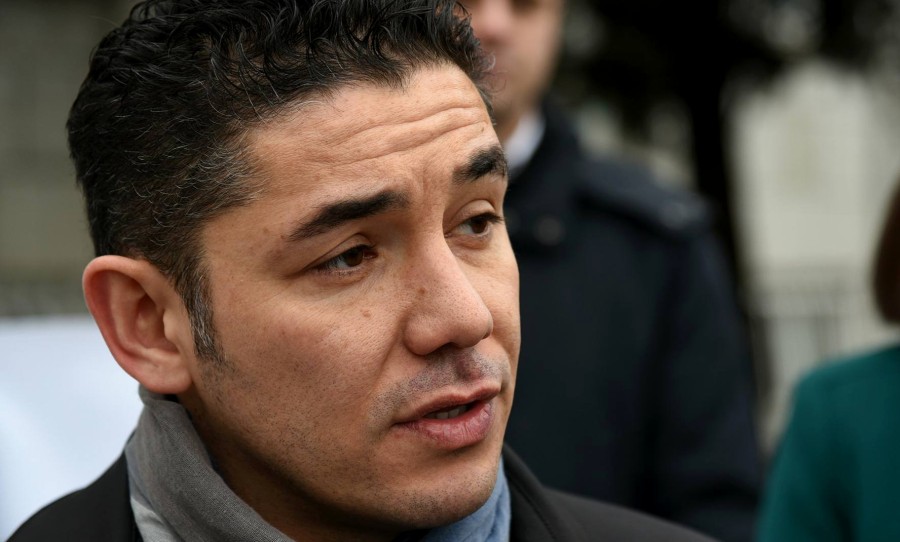 PODGORICA, 01.03.2018 – Political pressures on journalists and media freedom are signs of regression and failure to understand the principles and values of a democratic society, said Mehmet Koksal, representative of the European Federation of Journalist (EFJ).

In an interview for RTCG Portal, Koksal said that public figures, such as politicians, should include journalists, as well as critical voices, in their strategies, in order to develop democratic values in the country.

Assessing the media environment in the region, and speaking about the best and the worst media conditions, Koksal said that according to the regional platform www.safejournalists.net, committed to advocating for media freedom and journalists safety 26 cases of violation of journalists’ rights have been reported in Montenegro.

The best situation is in Montenegro

This our country, according to Koksal, ranks as the best of all countries in the region.

His impression is that Macedonia is currently the country showing the strongest commitment to improve human rights indicators.

Answering the question whether journalists in Montenegro are protected enough Koksal said that journalists in our country, despite the fact that situation is not as grave as in other countries in the region, “continue to face numerous obstacles and rights’ violations”.

“The Mapping media freedom platform has reported 43 reports of Montenegrin journalists’ rights violations between 2010 and 2018. In October 2017 for instance, a police investigation concluded that the private vehicle of Montenegrin journalist Miroslav Drobnjak was intentionally set on fire. The EFJ issued a press release in September 2017 about Montenegrin journalist Vladimir Otašević receiving death threats from the Prime Minister’s brother Velizar Marković. Incidents like this show that journalists in Montenegro do not work in safe environments, despite the dedicated work of our Montenegrin affiliate SMCG”, said Koksal.

He valued the work of SMCG President, Marijana Camović, who points out, as he recalled, on numerous problems that Montenegrin journalists face.

“She criticises the closure of media outlets and withholding of journalists’ salary. As she correctly stated, there can be no media freedom if journalists are not free in Montenegro”, he said.

When it comes to media freedom Kokas said that it’s difficult to compare media freedom situation in Montenegro and Turkey given the big existing differences between two countries.

If we take into account average salary of journalists in Montenegro, Koksal said, that then it is not very difficult to be “better paid” in Turkey.

“I wouldn’t quote the Turkish average (500 to 600 EUR) as a good wage for a professional journalist. The classical approach compares the average salary of a journalist with the one of a teacher in public school or university professor in the country and nowhere in Western Balkans or Turkey, we have yet reached this lower limit for the media industry“.

Therefore, he said, we need a strong regional campaign to push media companies and authorities to show political will and concrete actions to support media workers.

“Journalists in Turkey face enormous and dramatic problems linked to various factors (media concentration, censorship and self-censoring, imprisonment, physical and verbal attacks, trolling and psychological harassment, property seizures). The EFJ and its affiliates are working in various way to support colleagues in Turkey and to show solidarity in these difficult times”, said Koksal.

He considers that we cannot expect journalists to become super press freedom heroes if we don’t offer them proper decent working conditions like any other public servants.

Speaking about expressed interest in some specific cases in Montenegro through the Council of Europe’s Platform for the Protection of Journalism and Safety of Journalists, Koksal said that EFJ issued an alert in October 2015, about an incident where Montenegrin police used teargas against a group of about 30 journalists reporting at a protest.

“The EFJ posted another alert on the CoE platform in December 2015 about Gojko Raičević, editor-in-chief of the news portal www.in4s.net, being regularly physically targeted by authorities in Montenegro, which prompted a reply by the Montenegrin authorities in March 2016”, said Koksal.

During his recent visit to Montenegro, Koksal supported the amendments to media laws of the Trade Union of Media of Montenegro. He believes that these steps are crucial for improving the situation of many colleagues working in difficult conditions in Montenegro.

“Without good working conditions it’s not possible to have press freedom and independent journalism which are key elements of our democratic societies”, believes Koksal.