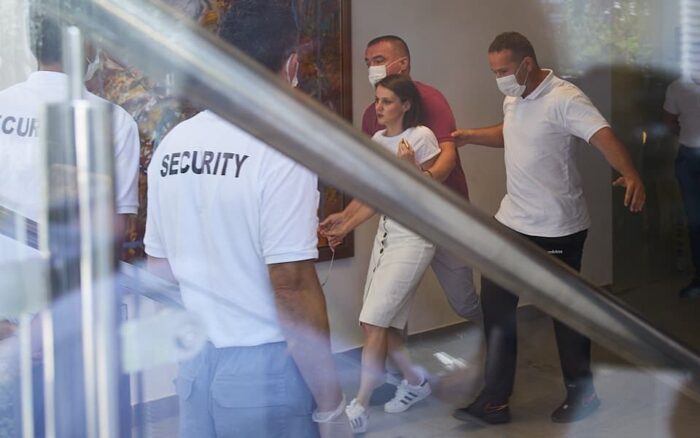 BUDVA, 27.06.2020. – On the occasion of the incident in which the journalist of Pobjeda Đurđica Ćorić was thrown out of the building of the Municipality of Budva and injured, the Main Board of SMCG gives the following Press Release:

SMCG strongly condemns the actions of the private security that was engaged in the Municipal Assembly of Budva during the session of the local parliament, which rudely and inappropriately expelled the journalist of Pobjeda, Đurđica Ćorić from the municipal premises.

On that occasion, our colleague Ćorić was injured in the arm and SMCG asks from the newly formed majority and those who hired that security for the names of the men who threw her out of the building to be announced and to state their position about the incident.

It is clear that a previously issued statement forbidding the media from attending the session of the local parliament is an incident by itself, especially if we keep in mind the importance of the decisions that should have been made at that session and the public interest in the events in Budva. The closed-door sessions are a precedent and the explanation of that decision offered to the public is for condemnation and in no way justified or diminished the damage inflicted by such actions on the entire Montenegrin public and the media community.

SMCG expresses solidarity with colleague Ćorić, and remind that this is the second incident caused by private security in the Municipality of Budva, and that two days ago, cameraman Mato Dragović was also forcibly thrown out of the building.