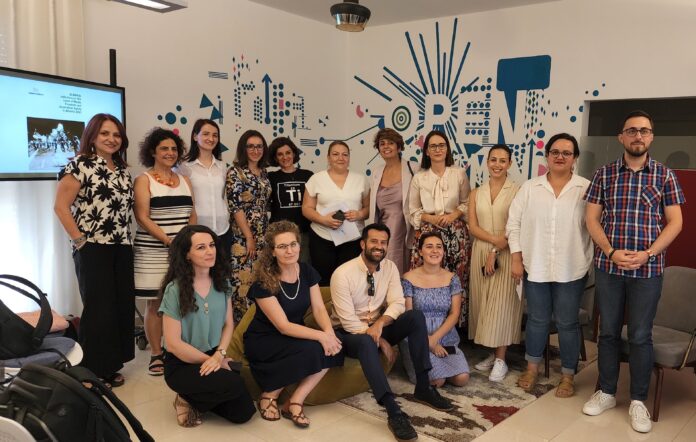 Blerjana Bino, Researcher of the Safe Journalists Network and author of the report, presented the key findings of the Report Indicators on the Level of Media Freedom and Journalists’ Safety in Albania 2021. She highlighted that even though the Constitution of Albania guarantees the media freedom as well as freedom of expression and information, such provisions are not thoroughly implemented in practice and in 2021 a continuation of the signs of deterioration of freedom of expression and media freedom is observed in Albania. The predominant structural challenge of the media ecosystem that negatively impacts freedom of expression and media freedom in Albania is the intertwined symbiotic relation among powerful economic and political interests in media system, including in some cases organized crime influences. The practice of using media outlets for blackmailing risks becoming normalised in Albania and considering that corruption is widespread, there is little expectations that such cases will be reported and investigated. Albania has a crowded media environment in terms of numbers of outlets, but a limited advertising market and media ownership concentration to a few media owner / families who use media as an instrument for political and economic influence.

Kristina Voko, Executive Director of BIRN Albania and Media Expert of the Safe Journalists Network Report for Albania focused on the threats to freedom of information and access to information for journalists and particularly the risks of SLAPPs as intimidation instruments for journalists. Ms. Getoarbë Mulliqi, Executive Director, Association of Journalists of Kosovo, presented the key findings of the Report Indicators on the Level of Media Freedom and Journalists’ Safety in Kosovo 2021 and Mr. Xhemajl Rexha, Chairman of Association of Journalists of Kosovo, underlined the current position of the Associations of Journalists of Kosovo (AGK), current practices and provided concrete recommendations to peers from Albania on how to consolidate collective action of journalists, associations and establishment of potential unions or new journalists associations. Mr. Koloreto Cukalli, Head of the Albanian Media Council reflected about the current media consumption attitudes of citizens and how the digitalization has changed not only media but also audiences. In addition, he proposed some recommendations on how to systematically address the key concerns of media freedom in Albania such legal changes for increased media ownership transparency and conflict of interests.

Ms. Valbona Sulçe, Media Expert, shared her experience with efforts to set up network of women journalists in Albania and why these initiatives have not been successful. She argued that the precarious working conditions of journalists, particularly women, make it hard for them to self-organise and sustain networks. Ms. Ada Heqimi, Media Coordinator, UK Embassy, shared her previous experience of coordinating a group of young journalists and setting up a Safety Protocol for Journalists as a tool much needed in case of freedom and safety violations. The event was enriched by the inputs of other media experts such as Emiljano Kaziaj from IREX Albania highlighting media literacy programmes and Dorentina Hysi from Albanian Media Institute arguing that media content and its quality are also key aspects of the ecosystem. In addition, Orkidea Xhaferaj, Digital Rights Advocate, underlined digital safety of journalists and how violations of digital rights affect freedom of expression. 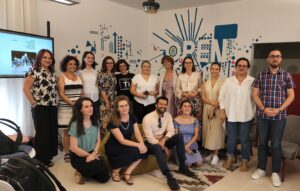 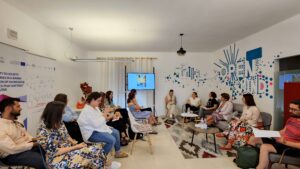