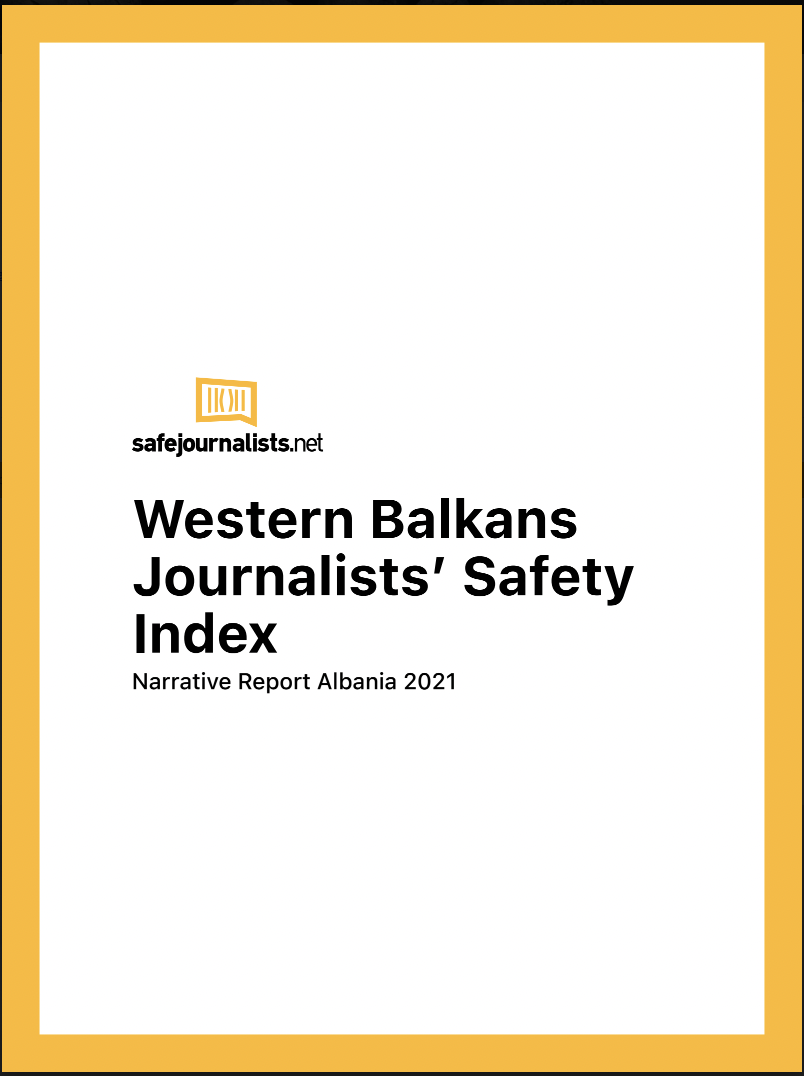 The Western Balkans’ Journalists’ Safety Index (WB-JSI) is a research-grounded tool designed to measure and monitor the changes in the respective social and political environments of the WB countries, that have direct or indirect impact on the safety of journalists and media actors while practicing their profession. The WB-JSI relies primarily on the research evidence collected and analysed by the partners of the Safejournalists.net Platform in compliance with a rigorous procedure of inquiry. The collected data on various dimensions of the complex concept of ‘journalists’ safety’ is quantified and aggregated into a composite indicator – Journalists’ Safety Index, to measure the changes across the seven Western Balkans’ countries over time. Based on the research evidence, nine members of the Advisory Panel in Albania assess the situation and assign scores to each of the 19 indicators within the following dimensions:

The WB-JSI was jointly developed by the researchers from the Skopje based RESIS Institute and partners of the Safejournalists.net Platform: independent researcher in Albania: Blerjana Bino. As such, the Index is a result of a joint effort of the Platform Safejournalists.net and covers all the specific issues that local partners identified as relevant for their country contexts.

Full report narrative in English and in Albanian