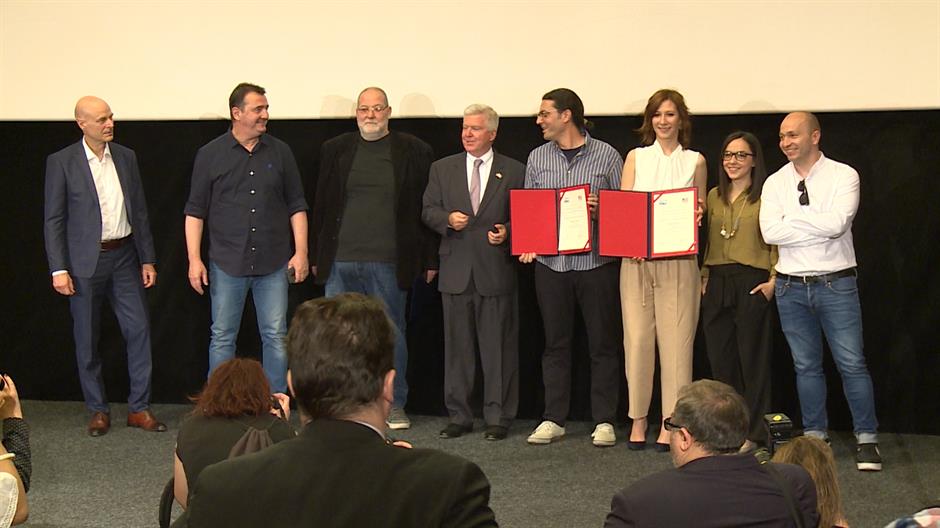 BELGRADE, 09.05.2018. – The Independent Journalists’ Association of Serbia (NUNS) presented its 13th annual awards for best investigative reports on Tuesday, after selecting what the jury felt were the best of 115 submitted pieces by some 50 journalists.

The awards ranged from a series of reports on Radio Free Europe about embezzlement in construction in Belgrade to stories for the Vranjske weekly magazine just before it was shut down. Awards also went to the investigative portals KRIK and Insajder.

The NUNS has been working with the US Embassy in Belgrade to present the awards for several years.

“Energetic and free media are like a ray of sunshine cleaning a democratic society of corruptive and immoderate acts by the authorities and the US supports these awards,” US Ambassador Kyle Scott told the ceremony. He recalled a Freedom House report which showed that Serbia is the only country in the region in which freedom of the media had dropped and democracy had weakened.