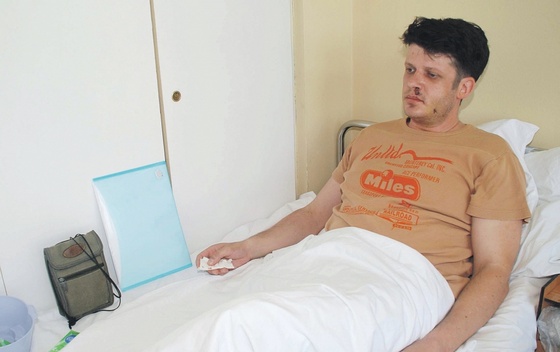 PODGORICA, 01.03.2018 –Due to police failures, there is no trace that could be used for resolving the attack on journalist Mladen Stojović, who was brutally beaten in his apartment in Bar, in August 2008. The report of the Commission for Monitoring Actions of Competent Authorities in the Investigation of Cases of Threats and Violence against Journalists, Assassinations of Journalists and Attacks on Media Property shows the existence of two substantially different official notes which raises doubt that police officers maybe wanted to conceal that the injured expressed suspicion that an attack on him could have been organized by Branislav Brano Mićunović and Radojica Božović. In the longer version of the official note, this part of its shorter version was omitted. From Mićunović and Božović, the police never requested any information regarding the attack on Stojović.

In January, the Government Commission published performance report for the period September 23, 2017 to January 23, 2018, in which, among others, case of Stojović was elaborated.

One of the key problems in the work of the Commission, besides lack of actions upon its recommendations, was lack of information provided to public about the Commission’s work since its reports were never published.

“Report on investigation of the case of attack of Mladen Stojović” was compiled by the Commission’s rapporteur for the case, Dragoljub Duško Vuković.

“Journalist Mladen Stojović was injured on May 23, 2008, in the evening (between 22.00 and 23.00 hours) in the apartment of his parents in Bar. At the time of the injuries, Stojović worked as a journalist in “Wireless Media doo Podgorica”. Previously he worked as a sports journalist in several media outlets in Serbia and Montenegro. Among other things, he talked about his findings of the so-called football mafia for the “Insider” of Belgrade-based B92 television”, states the report.

The conclusions of the Commission’s Report state that two police officers, who were on the site on May 23, 2008, i.e. in the apartment of the injured Mladen Stojović, according to the official note, did not try to take fingerprints or discover something that could be used as a trail for finding the attacker. There is no information that the police subsequently came to Stojović’s apartment in an attempt to discover any possible traces that could lead to the attacker.

Failures during the search of Stojović’s apartment, were also identified by Dragana Čukić, a forensic expert who in supplementary conclusions noted that the police did not search for blood traces professionally. She concluded that in the apartment “there must have been blood traces in both situations – if the injuries were inflicted in the apartment, as well as if they were inflicted outside it. On the basis of all the data, I conclude that blood traces have not been found because they have not been sought in an expert manner”.

The police files submitted to the Commission have no note on whether the police, after controversial statements by several citizens regarding information about young men who were allegedly interested in Stojović, tried to collect additional information and discover the truth.

Extremely confusing are information about the different dates on the formation of the case against an unknown perpetrator in the Basic State Prosecutor’s Office of Bar on the basis of a criminal complaint filed by the police on June 11, 2008.

“The police files provided to the Commission have no information whether it was checked if Stojović’s passport, which he could not find after the attack, was used for entering or leaving Montenegro or entering/leaving a European state”, state the conclusions of the Commission’s Report.