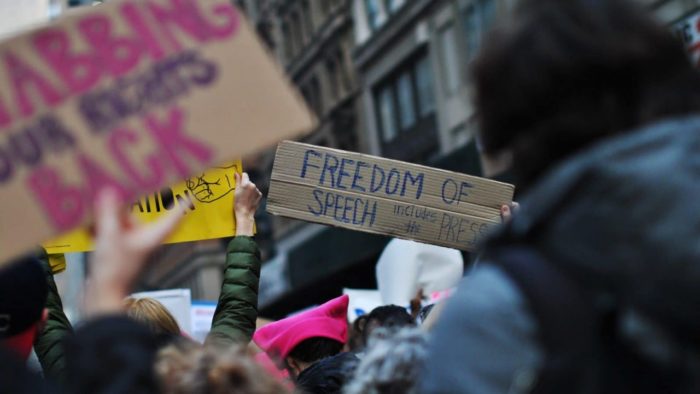 PODGORICA, 12.06.2019. – The state of media freedom in Montenegro does not change and is constantly at an equally low level, but what is increasingly emphasized in the reports dealing with this topic is the poor social position of the employees and the tendency of self-censorship that comes from fear of job loss.

The European Commission’s Report on Montenegro states that “The economic situation of journalists remains precarious, especially due to job insecurity and low salaries, putting them at risk of editorial interference and possible self-censorship”.

Freedom House’s in its annual report on the state of freedom in the world, regarding the Montenegrin media points out that “Journalists self-censor to avoid threats, political pressure, costly defamation suits, or job loss”.

These are the problems that the Trade Union of Media of Montenegro (SMCG) has been pointing out for a long time since there are also data that the members of the SMCG are exposed to various types of pressures on a daily basis. SMCG has tried to change the situation for the better through the current amendments to the Media Law. There was no understanding at the Working Group dealing with amendments to the Media Law in 2018 for attempts to find a way to reduce the influence of media owners on journalists and editorial offices, which was also the recommendation of the experts of the Council of Europe and the European Commission. The Working Group said that any similar regulation of relations within the editorial offices would be a barrier to media owners.

Journalists must work freely and their work must be guided solely by the public interest and the rules of the profession, and therefore SMCG has continued to insist on the necessity of arranging relations between media owners and editorial staff. SMCG, through proposals for amendments to the Law on Media delivered during the public debate, insists on the introduction of the obligation to adopt a codified document (statute) that would regulate any unregulated issues in media, such as the choice of editor-in-chief.

The SMCG proposal is that the editor-in-chief is appointed and dismissed by the founder of the media, in accordance with the Statute of the media, as a special act of the media.

“The special act of the media regulates the issues of defining editorial policy, the involvement of journalists in the appointment and dismissal of the editor-in-chief, the freedom of work and the responsibility of journalists, and the conditions and procedure according to which the editor-in-chief has the right to resign with just satisfaction in cases of such a change in ownership or the governing structure of the media, which leads to a significant change in the program base or program content of the media (so-called clause of conscience)”, states the proposal to amend Article 29 of the Law.

This act would be adopted with the prior consent of majority of the total number of journalists working in media, within 90 days from the date of foundation of the media and registration in the offical documents.

“Regulations in Montenegro do not have mechanisms for protecting journalists and editors from the influence of media owners. There is no obligation to sign an appropriate act by the owner and journalist to ensure that owners do not interfere with the editing of media content. Combined with an unconsolidated financial position, low wages, limited career opportunities, journalists and editors often adhere to the influence of the ownership structure on editing media content. Also, SMCG research in the last three years, as well as other studies, showed that censorship and self-censorship are present in the Montenegrin media, which is a huge obstacle to the increase in professional standards”, it is stated in the explanation of the proposal, reminding that the solutions were taken from the Slovenian Media Act and Croatia.

In this way, a certain level of journalistic autonomy would be ensured in relation to the employer, and even in theory, it could create the possibility for the editorial offices to function more freely.

SMCG stands for the position and it is necessary to add a new article in the Law to ensure freedom to journalists employed in the private media, freedom they do not have now.

“The journalist can not be fired, his salary can’t be reduced, his status in the editorial board can’t be changed or his responsibility can’t be determined for the attitude or opinion expressed in accordance with professional standards and program rules”, the proposal is a new article.

The foundation for this proposal was found in Article 14 of the current Law on National Public Broadcasters Radio and Television of Montenegro. More precisely, the second part of that article is transcribed only because the same rights must be reserved for other journalists, and not only those who work in the RTCG. Journalists in Montenegro are otherwise limited by the will of media owners and this has to change. Because of this influence (and when there is no open censorship) there is self-censorship and journalists are afraid to express their opinion about the consequences that can follow after that.