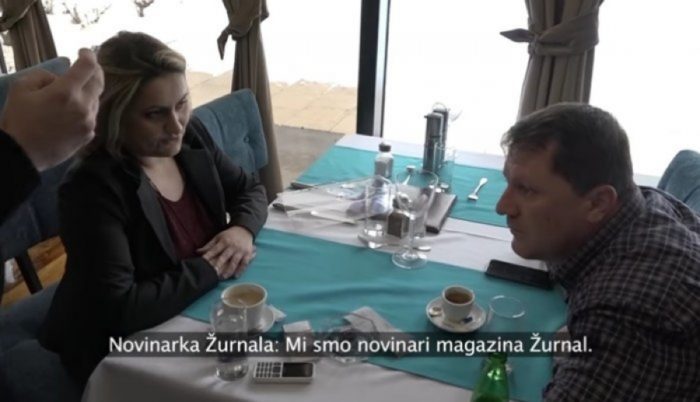 Sarajevo, 06.02.2020. -After filing a complaint by the Office of the Disciplinary Prosecutor of the High Judicial and Prosecutorial Council (HJPC) of Bosnia and Herzegovina against state prosecutor Oleg Cavka over his actions during the investigation into the “Diploma” case, which include alleged unlawful interrogation of a journalist of online magazine “Zurnal”, journalist Azra Omerovic says she does not expect serious sanctions for Cavka and that “the disciplinary commission will determine whether it was legal or not.”

The “Diploma” case was formed after Omerovic received a certified high school diploma from the “Multilingua” Adult Education Center in Sanski Most in exchange for financial compensation and without attendance to any classes, in only 17 days. Zurnal.info published the article and a video about purchasing a high school diploma in January last year, and Omerovic was examined at the Prosecutor’s Office of BiH in early March. During the hearing, prosecutor Cavka was curious about who her sources were and who provided her with the materials about the unlawful graduation.

“I responded regularly to the Prosecution’s call, telling the prosecutor that I could not speak or answer questions regarding my sources. That is the only thing that interested prosecutor Oleg Cavka, my sources”, Omerovic said, adding that she doesn’t expect severe sanctions for prosecutor Cavka.

“Even if that complaint goes through and if he is sanctioned, what can we expect? We can expect them to reduce his salary by 20 percent and that’s all. I don’t expect anything realistic to happen”, says Azra Omerovic.

The HJPC should soon form a disciplinary commission to consider this case.