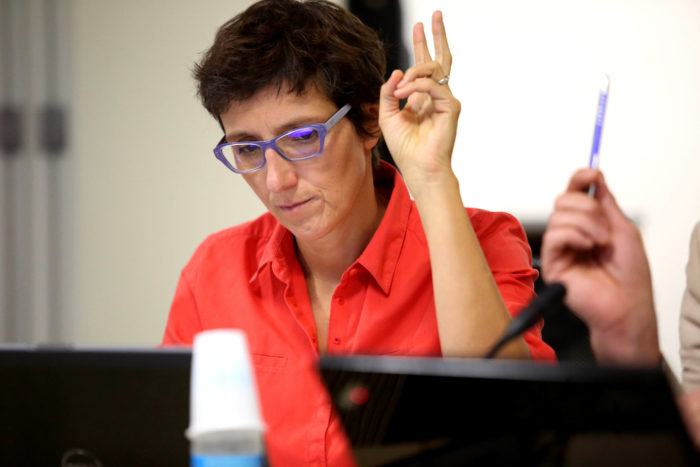 ZAGREB, 30.10.2017. – Croatian Radio Television (HRT) journalist Maja Sever published at her Facebook threat she received, as she said, sent to her due to her yesterday’s story about refugees. Croatian Journalists’ Association (CJA) finds it to be just the latest episode of pressure against journalists in Croatia showing lack of political will to solve attacks against journalists.

Along with offences and other abusive expressions the author of the message wrote: „If you want to live with Niggers, go live in England, France or USA, but do not promote that Freemason’s multicultural politics in Croatia.“ Message ended by mentioning execution.

Maja Sever said that the message was sent by Croat living in Belgium.

She added that she got the message due to the story she published about Prince Waleu Soniyiki, Nigerian, showing that not all refugee stories should be sad. Prince, who happened to come to Croatia at the beginning of 2011, was one of first refugees to get asylum in Croatia; today he runs the restaurant in the very center of Zagreb.

Saša Leković, CJA president, stated that threats and offences against Maja Sever were just the latest episode of pressures against journalists, including even death threats, physical violence and even attempted murders.

CJA has documented 38 cases of threats and attacks against journalists in last years, but just some of them have been taken to court (court procedures are still on) or have been sanctioned.

In most of those solved cases perpetrators did not even hide their identity. In other cases neither CJA nor attacked journalist got information about investigations; sometimes not even if they have been opened.

„We inform Croatian public, international journalists’ organizations and others dealing with media freedom about every case of attacking journalists and we call for effective and prompt reaction of Croatian institutions“, they say in the CJA. But they also state there is no political will to solve cases of attacked journalists. “Even more some of politicians do additionally offend them by accepting attacks and that is clear message to relevant institutions not to take protection of journalists seriously“, they added.