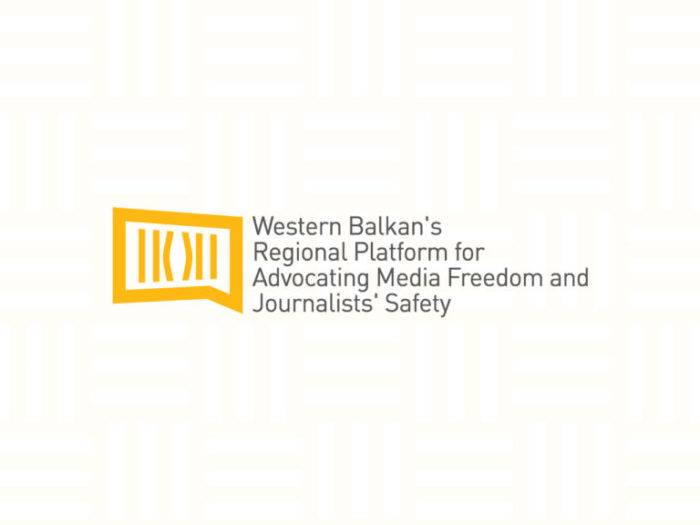 On World Press Freedom Day (May 3 2018) the Western Balkan’s Regional Platform for Advocating Media Freedom and Journalists’ Safety, which represents more than 8000 members, calls on governments in the region to protect journalists and work on strengthening press freedom.

The topic of the 2018 celebration highlights the importance of enabling legal environment for press freedom, and gives special attention to the role of an independent judiciary in ensuring legal guarantees for press freedom and the prosecution of crimes against journalists.

In that respect, the Platform reminds governments from the Western Balkans region that since the beginning of 2014 it has registered 446 attacks on journalists and yet, very few of them have been resolved by the competent institutions.

Since the beginning of 2014 three attempted murders, 103 physical attacks against journalists, 257 threats, 48 attacks against property and 5 arrests have been registered in the region.

The highest rate of safety violations against journalists have been registered in Serbia (143) and Bosnia and Herzegovina (102), followed by Kosovo (77), Macedonia (59), Croatia (43) and Montenegro (31).

It is evident that Western Balkans’ journalists still work under very dangerous circumstances. Therefore the Platform calls governments of all mentioned countries to intensify efforts regarding investigations of attacks on journalists and to make their working conditions safer.

The Platform encourages all journalists to report incidents and cases whenever they are threatened or attacked during their work.

The Platform strongly supports journalists’ and media organizations’ efforts in protection of journalists and freedom of speech as well as their efforts in fighting against impunity for crimes against journalists.

Every attack on journalists is considered as an attack on the public interest, democracy and the rights of all citizens.