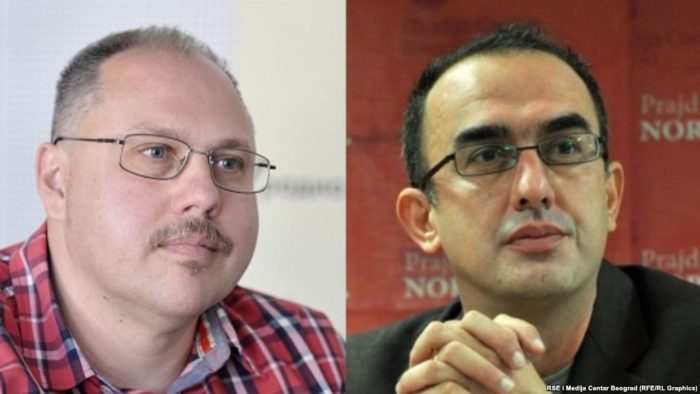 Threats to Sejdinovic and Gruhonjic, as well as their family members were sent by an anonymous letter at the address NDNV in Novi Sad, requesting the president Sejdinovic is to resign, or he and Gruhonjic “will swim in the Danube”.

Since hate speech, ethnic insults and calling for violence against Nedim Sejdinovic and Dinko Gruhonjic periodically repeat during the past few years through social networks and certain Serbian media with the aim of stopping their critical journalistic questioning of current events on the Serbian political scene, we believe that the threats must end, and a free, decent and safe work be ensured to our colleagues.

Representatives of journalists’ associations of the region, gathered at a seminar in Belgrade, expressed full solidarity with journalists Sejdinovic and Gruhonjic, and called police and judicial authorities of Serbia to conduct immediate and thorough investigation, as well as publishing identity of author of the threatening letter. By effective investigation and punishment of the perpetrators in this case, the judicial authorities and the authorities in Serbia can finally practically demonstrate their real commitment to democracy and European integrations, in which freedom of expression and security of journalists are considered fundamental human rights and unquestionable value under the protection of the Serbian state.