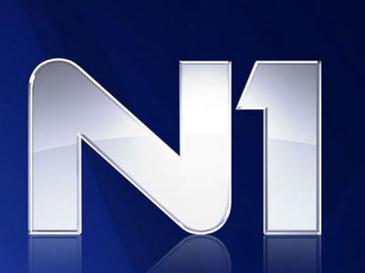 Verbal attack on TV N1 crew and their interlocutor took place just before the live broadcast and was recorded. In addition to verbal assault, the perpetrators instructed their Doberman dog to “sit and wait for the attack’ thus further intimidating the media crew.

On October 14, while preparing for a live broadcast in Zagreb, TV N1 journalist Matea Dominikovic, cameraman Ivan Teskera and Professor Alemka Markotic, Director of the Clinic for Infectious Diseases, were verbally attacked for not wearing protective masks. While the conditions of filming were in compliance with the existing health measures introduced by the Croatian government, the couple – described by Dominkovic as “visibly drunk” –  shouted threats and severe insults. At one point they instructed their Doberman dog to “sit and wait for the attack”. The unknown couple left after Ivan Teskera tried to calm the situation and Prof Markotic said she would call the police.

In a statement for SafeJournalists Tihomir Ladisic, program director on TV N1, said that this attack is inadmissible in every sense.

“Such attacks could be prevented only by acting together preventively and showing clearly, as a society, that such things are  unacceptable. TV N1 will, as we have done so far, continue to report about such attacks on journalists and give support to all our colleagues” – said Ladisic to SafeJournalists.

Croatian Journalists Association stated that the verbal attack is just one of many Croatian journalists faced this year.

“CJA has been protesting for years against the extremely inappropriate and, sometimes, shameful behaviour towards journalists” – said Hrvoje Zovko, president of the CJA. Zovko went on to list incidents such are attacks on Zivana Susak Zivkovic, Ivana Sivro, Andrea Topic, crews of HRT and Index.hr and added – “At the same time CJA called on the government officials to react and publicly condemn such incidents believing that otherwise such hostile atmosphere will spill over into the streets. There is still no appropriate reaction from the authorities”.

SafeJournalists Network, representing more than 8,200 media professionals in the Western Balkans, joins its member CJA in condemning threats against Matea Dominikovic and Ivan Teskera, as well as Professor Markotic. CJA reported an increase inappropriate behaviour of high officials towards journalists  which  is particularly worrying. Nurturing such an atmosphere and existing impunity sends a chilling message to journalists and encourages incidents like the one that happened on October 14. SafeJournalists Network expects the Croatian authorities’ swift reaction and sanctioning of the perpetrators of this incident.