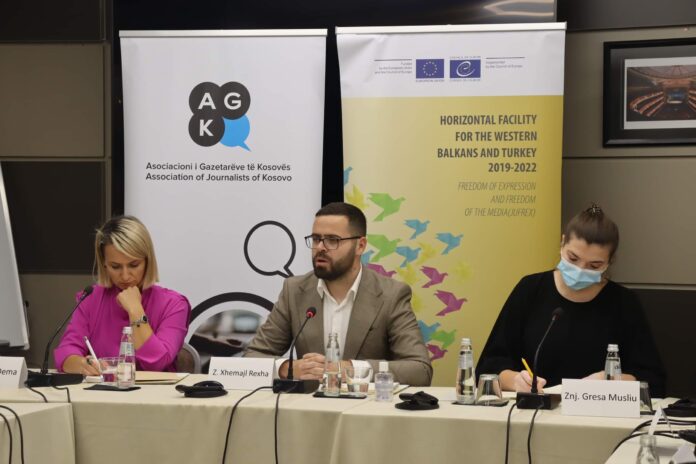 The Association of Journalists of Kosovo – AJK, organized the conference “Legal protection of political pluralism in the media.”

The conference was organized within the project of the European Union and the Council of Europe “Freedom of expression and media – JUFREX II”, part of which were representatives of political parties, journalists and representatives of media regulatory bodies.

Webinar of BHJA and the Council of Europe: Journalists are allowed to film secretly in the public interest

The editor-in-chief of “Bota Sot”, Idriz Morina, notified the Police about the threats