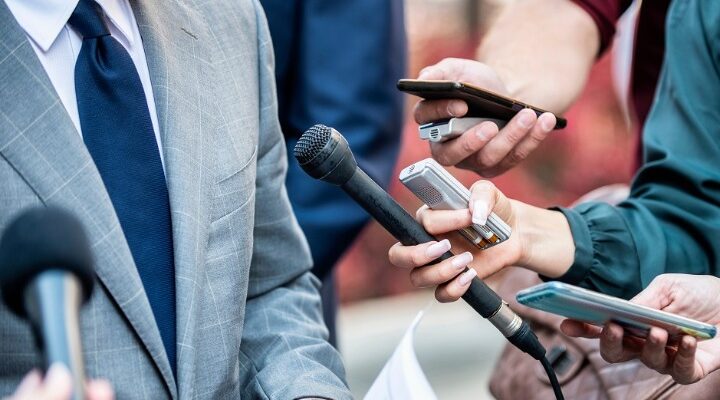 PODGORICA, July 26th, 2021 – The Human Rights Action and the Trade Union of Media of Montenegro welcome the fact that after a ten-year commitment to prescribing stronger criminal protection for journalists, such a proposal will be in the parliamentary procedure for the first time.

Milačić also accepted the proposal of the HRA and the Trade Union to prescribe for the needs of the CC the definition of a journalist used in the instruments of the Council of Europe, on the basis of which any person who is regularly or professionally engaged in collecting and disseminating information to the public using all means of mass communication. This definition therefore includes cameramen and other media workers, engaged in journalistic work.

The proposal for prescribing new criminal offenses Preventing Journalists in Performing Professional Tasks and Attacking Journalists in Performing Professional Tasks was made in 2010 and presented to the public by the HRA working group, which consisted of Judge Ana Vukovic and lawyers Veselin Radulovic, Tamara Durutovic, Dusan Stojkovic, Peter Noorlander and Tea Gorjanc Prelević, director of HRA. This proposal was later supplemented with proposals to increase the penalties for the criminal offenses of Aggravated Murder and Serious Bodily Injury against Journalists, as well as a proposal to amend the definition of the term journalist.

Since 2014, the Trade Union of Media of Montenegro, together with the HRA, has been advocating for these amendments to the Criminal Code. This year, seven more NGOs joined them.

The proposed amendments to the Criminal Code are based on the view that any attack on a journalist is absolutely unacceptable and poses a distinct social danger. Violence should not be used against journalists because they have different views and do journalistic work, and no matter how they do it.

Montenegro is still burdened by cases of unpunished attacks on journalists, and in the first half of this year, as many as 12 new cases of verbal and physical attacks, threats, insults and humiliation of journalists and media workers were recorded, most often while performing normal work tasks.

We expect this legislative activity to encourage the state prosecutor’s office to prosecute all unexplored and unsolved attacks, starting with the unsolved murder of Dusko Jovanovic.