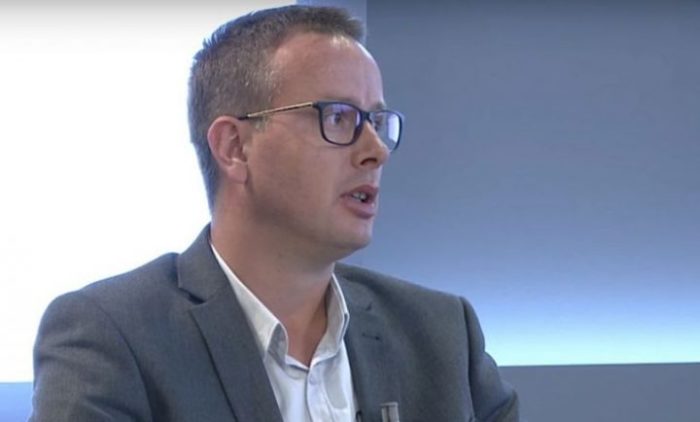 Vehbi Kajtazi was physically attacked while he was getting out of ‘Lounge café’ in downtown Prishtina. He was given several punches causing light injuries and scratches. Even though an unknown individual, just before the attack Mr. Kajtazi recalls to have spotted the perpetrator in the same café with politicians and people close to investigation subjects of Insajderi.com.

On Sunday, October 15th 2017, Fitim Thaqi in the presence of his lawyer surrendered himself at the Police station in Prishtina and was sentenced to 30 days of custody.

“This is the second physical attack on Insajderi.com management staff within the last three months, recalling August this year when the Director of Insajderi.com Parim Olluri and his fiancée were physically attacked while they were entering their apartment in Prishtina. These two cases are more than concerning for all media community in Kosovo” remarked Shkelqim Hysenaj, president of Association of Journalists of Kosovo.

The Platform will send letters of concern to all relevant authorities in Kosovo requesting them to prevent any form of violence against journalists, to urgently and thoroughly investigate all facts about this and other cases of violations. By doing so they will send a strong message to the public that such behavior is not acceptable. Also, The Platform will report the case to the Mapping media freedom Platform to promote the protection of journalism and safety of journalists.

The Regional Platform strongly supports the Association of Journalists’ of Kosovo and its efforts to protect journalists and freedom of speech. The Platform also calls on international organizations dealing with the protection of press freedom and the rights of journalists to induce relevant authorities to investigate the recent and other cases.

Attacking journalists is a direct attack on freedom of expression and the right of citizens to be informed. In 2017, Association of Journalists of Kosovo recorded 11 attacks on journalists.